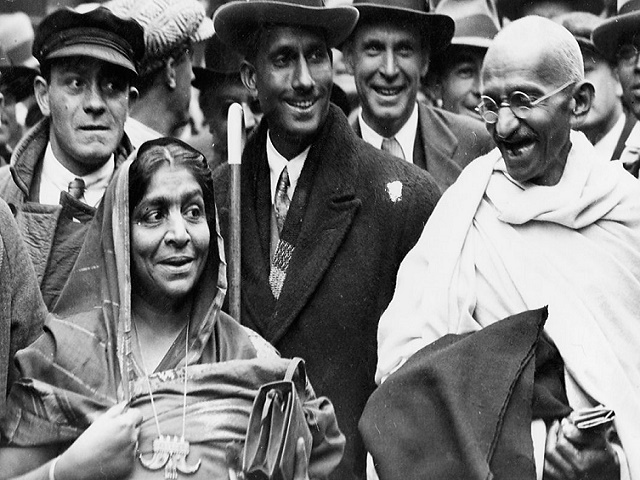 Sarojini Naidu was a social activist and a prominent freedom fighter, who devoted her life to the National movement. She was the first woman to hold the office of Governor in the Dominion of India.

The political activist and poet was also the second female President of the Indian National Congress. She helped establish the Women’s Indian Association in 1917. She also accompanied Annie Besant is advocating for universal suffrage.

1. Sarojini Naidu’s maiden name was Sarojini Chattopadhyay and she was born in a Bengali family in Hyderabad. She received her education in Madras, London and Cambridge.

2. She married Govindarajulu Naidu, a physicianin an inter-caste marriage, which was groundbreaking and scandalous for that time.

3. She had begun writing at the age of 12. She was known for her vivid use of rich sensory images in her writing and for her lush depictions of India. She became an increasingly popular orator by 1904 promoting Indian independence and women’s rights, especially women’s education.

4. She was drawn to Indian National Congress’ movement for India’s independence from British rule. She later became a part of the Indian nationalist movement and a follower of Mahatma Gandhi.

5. Sarojini Naidu was given the name ‘Bharat Kokila’ by Mahatma Gandhi because of colour, imagery and lyrical quality of her poetry.

6. Sarojini Naidu was appointed as the President of the Indian National Congress in 1925. She later became the first woman to hold the office of Governor in the Dominion of India by becoming the Governor of the United Provinces in 1947.

7. Her social work for flood relief earned her the Kaisar-i-Hind Medal in 1911. She later returned the medal in protest over the April 1919 Jallianwala Bagh massacre.

8. She met Muthulakshmi Reddy in 1909 and both together established the Women’s Indian Association in 1917. In the same year, Naidu accompanied her colleague Annie Besant to advocate universal suffrage in front of the Joint Select Committee in London, United Kingdom.

10. She also joined in the Salt March led by Mahatma Gandhi in 1930 and attended the second round table conference headed by Viceroy Lord Irwin in the wake of the Gandhi-Irwin pact.

11. Sarojini Naidu was jailed by the British in 1932 and again in 1942 for her participation in the Quit India Movement.

Naidu’s poetry included both children’s poems and others that were written on more serious themes including romance, patriotism and tragedy.

One of her most popular poems was “In the Bazaars of Hyderabad”, which was published in 1912. Some of the others included ‘The Gift of India’ and ‘Awake’.

After her passing, her completed poems including unpublished works, were collected in a book titled ‘The Feather of the Dawn’ (1961), which was edited by her daughter Padmaja Naidu.