Home - Entertainment - “Alia Bhatt As Gangubai Could Be At Par With Nargis Ji In Mother India”: Sanjay Leela Bhansali
EntertainmentNews

“Alia Bhatt As Gangubai Could Be At Par With Nargis Ji In Mother India”: Sanjay Leela Bhansali 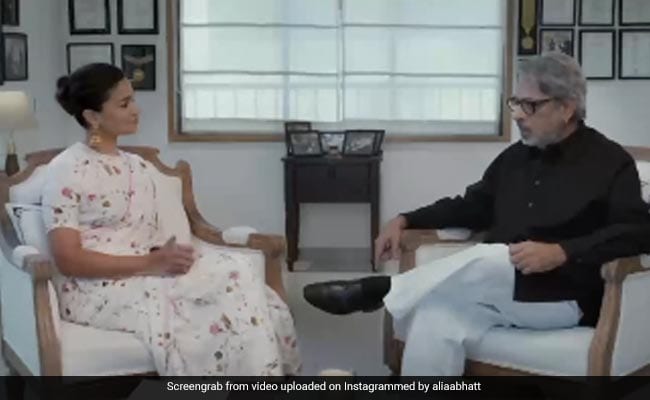 Alia Bhatt is enjoying the success of her last release Gangubai Kathiawadi, which was directed by Sanjay Leela Bhansali. Recently, Alia interviewed Sanjay Leela Bhansali and he answered some of the most requested questions and also praised the Raazi actress. While interacting with Alia Bhatt, Sanjay Leela Bhansali said, “This film matters to Indian cinema because here was a performance that I think will be celebrated for the next 50-100 years. It could be at par with Nargis Ji in Mother India, at par with Seema Biswas in Bandit Queen, Meena Kumari in Sahib Bibi Aur Ghulam. This is the fourth performance I would talk of in the same league. So, this film mattered. Here is a girl who is taking a whole film on her shoulder.”

Check out the interview video here:

Alia Bhatt is seen as the real-life sex worker in Gangubai Kathiawadi, who rose to political power and prominence in Kamathipura, the red-light district in Mumbai. The film is produced by Jayantilal Gada’s Pen India Limited and is adapted from one of the chapters of author Hussain Zaidi’s book Mafia Queens of Mumbai.

Next, Alia Bhatt will be seen in S S Rajamouli’s RRR, co-starring Ram Charan, Jr NTR, and Ajay Devgn. She also has her home productions Darlings and Karan Johar’s Rocky Aur Rani Ki Prem Kahani with Ranveer Singh. Alia is also all set for her first international project. She will be seen alongside Gal Gadot in Heart Of Stone that will be backed by Netflix.