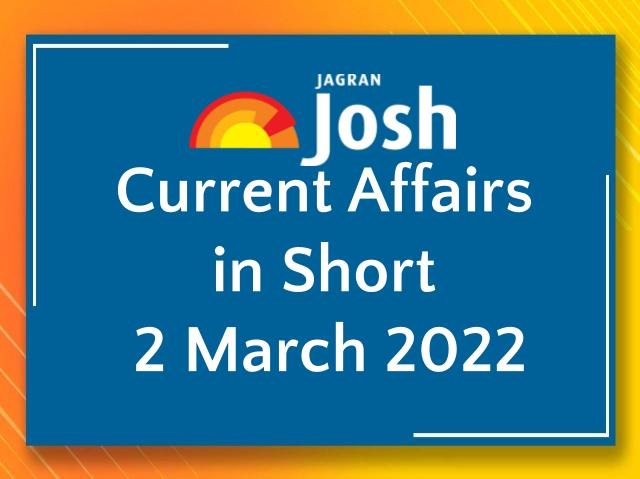 • The Women and Child Development Ministry is celebrating International Women’s Day Week as an iconic week as a part of Azadi Ka Amrit Mahotsav.

• The Ministry, as part of the week-long celebration, will organize various events and social media campaigns covering a variety of themes related to women’s safety and empowerment.

• The week-long celebration will mark an occasion to celebrate the progress made towards achieving gender equity and women’s empowerment but also to critically reflect on the accomplishments and strive for greater momentum.

• The Union Ministry will also launch the Stree Manoraksha Project in collaboration with NIMHANS Bengaluru.

• The Ministry of Housing and Urban Affairs has launched the field assessment for the 7th consecutive edition of the world’s largest urban cleanliness survey.

• Swachh Survekshan 2022 which was designed with People First as its driving philosophy is curated towards capturing the initiatives of cities for the overall welfare and the well-being of sanitation workers.

• Swachh Survekshan was introduced by the Housing and Urban Affairs Ministry in 2016 as a competitive framework to encourage cities to improve the status of urban sanitation.

• Swachh Surveskhan 2022 survey was formally kicked off by the Government on March 1, 2022.

US announces closure of American airspace for Russian aircrafts

• US President Joe Biden has announced the closure of the American airspace for the Russian aircraft.

• Though the President ruled out sending the US forces to Ukraine and Europe to fight Russia, he said that US forces will defend every inch of land if its NATO allies.

• The US and its allies have also been providing support to the Ukrainians in their fight for their freedom and will continue to aid the Ukrainian people as they defend their country.

• The United States has also mobilized its ground forces, ships, air squadrons to protect the countries such as Lithuania, Poland, and Estonia.

• Saurabh Chaudhary in the shooting has clinched India’s first gold medal at the International Sports Federation World Cup in Egypt.

• The 19-years Chaudhary from India defeated Michael Schwald of Germany 16-6 in the Gold Medal match of the Men’s 10m Air Pistol Event.

• On February 28, 2022, Shreya Agrawal from India had missed out on a place in the semi-finals of the World Cup’s 10m air rifle event.

• Shreya Agrawal shot a total of 629.3, which was 0.1 less than eighth semi-finalist Eszter Meszaros of Hungary.