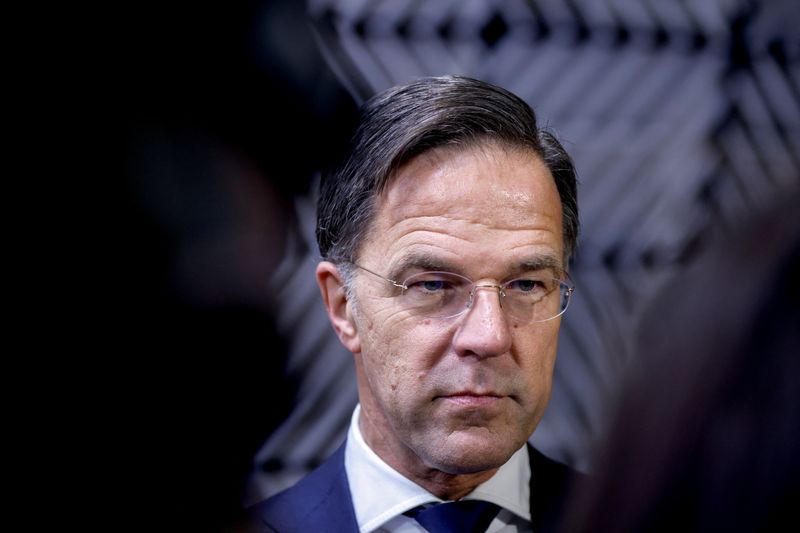 THE HAGUE (Reuters) – Prime Minister Mark Rutte is due to deliver a speech on Monday in which he is expected to apologise for the Netherlands’ historical role in slavery and its consequences into the present day.

The apology would come amid a wider reconsideration of the country’s colonial past, including efforts to return looted art, and its current struggles with racism.

However, the prospect of an apology from Rutte on a December afternoon in The Hague has been met with resistance from groups who say an apology should come from King Willem-Alexander, in former colony Suriname, on July 1, 2023 — the 160th anniversary of Dutch abolition.

“It takes two to tango – apologies have to be received by somebody,” said Roy Kaikusi Groenberg of the Honor and Recovery Foundation, a Dutch Afro-Surinamese organisation.

He said that it felt wrong that activists who are descendants of slaves have struggled for years to change the national discussion but had not been sufficiently consulted.

“The way the government is handling this, it’s coming across as a neo-colonial belch,” he said.

Silveria Jacobs, Prime Minister of Sint Maarten — a Caribbean country within the Kingdom of the Netherlands — said last week she would not accept an apology without a discussion.

Rutte is responding to a national advisory panel set up following the 2020 killing of George Floyd in the United States.

The panel said that Dutch participation in slavery had amounted to crimes against humanity and in 2021 recommended an apology and reparations. Rutte ruled out reparations at a news conference on Friday, though he is expected to create a 200 million euro educational fund.

“It’s about a process in which you talk about recovery, in the sense of together acknowledging the past and the consequences in the present, but not, let’s say, salaries that weren’t paid,” Rutte said.

Historians estimate Dutch traders shipped more than half a million enslaved Africans to the Americas, mostly to Brazil and the Caribbean.

Many Dutch people take pride in the country’s naval history and prowess as a trading nation. However, children are taught little of the role in the slave trade played by the Dutch West India Company and the Dutch East India Company, key sources of national wealth.

Despite the Dutch reputation for tolerance, racism is a significant problem.

Citizens of Antillean, Turkish and Moroccan ancestry report high rates of discrimination in their everyday lives and recent studies have shown they face significant disadvantages in the workplace and in the housing market.