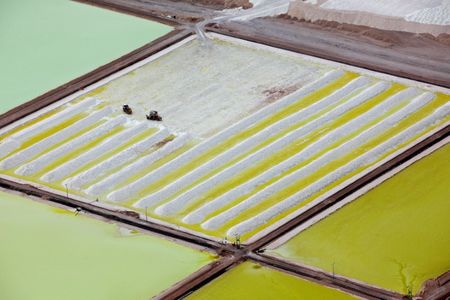 Investing.com — Livent Corp (NYSE:) shares surged 23.3% after it reported its first-quarter earnings after the close Tuesday, with better-than-expected revenue driven by increased demand for lithium.

The company reported that revenue rose 56% to $143.5 million compared to the prior year and beat analysts’ estimates of $139.81 million. In addition, adjusted earnings per share beat predictions of 13 cents, coming in at 21 cents.

The company also significantly increased its guidance for 2022, driven by the higher expected realized prices across lithium products. As a result, Livent sees 2022 revenue between $755 million to $835 million, up from the previous guidance of $540 million to $600 million.