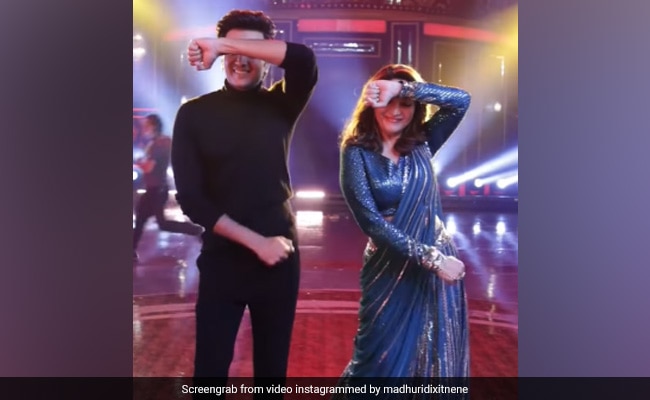 Actor Madhuri Dixit shared a video recently on her Instagram page, which showed her dancing on the now viral ‘Kacha Badam’ song. The song has taken over social media. It was sung by Bhuban Badyekar, a humble peanut seller from West Bengal.

Dixit is seen grooving to the song with actor Riteish Deshmukh. The video, posted five days ago, has been viewed more than 12 million times.

The actors are also seen performing the hook step.

“This was so much fun, wasn’t it? @riteishd! Thanks for being a sport & joining me in this one,” Dixit said in the accompanying post.

Mr Badyakar became an internet sensation after his “Kacha Badam” song surfaced on social media. The song became a viral hit after one of his customers shot a video of him while selling peanuts and shared it on social media.

After the song went viral worldwide, people started asking whether the singer was getting paid for the views of his song. Mr Badyakar then reportedly received ₹ 3 lakh as remuneration from the music label that first remixed his original song, news agency PTI reported.

Madhuri Dixit was last seen in The Fame Game, also starring Sanjay Kapoor and Manav Kaul. It was directed by Bejoy Nambiar and Karishma Kohli and produced by Karan Johar. The Fame Game series began streaming from February 25 on Netflix.