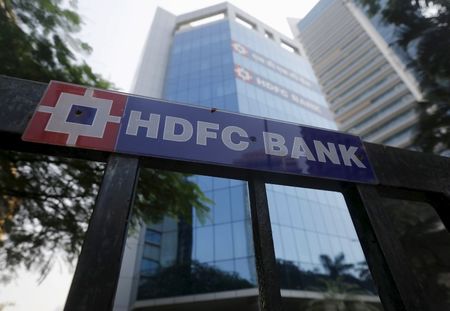 New Delhi, April 4 (IANS) The merger of HDFC into the HDFC Bank (NS:) will enable value unlocking for the latter in order to build a solid housing loan portfolio by enhancing its existing customer base, said brokerage house Axis Securities.

The proposed transaction was to create a large balance sheet and net-worth that would allow greater flow of credit into the economy. It would also enable underwriting of larger ticket loans, including infrastructure loans.

The merged entity could become the highest weightage single company in the basket, the brokerage house said.

“Further, this merger enables confidence in the Indian economy and looks for a brighter long-term picture beyond the ongoing Russia-Ukraine conflict and the rising inflationary concerns. aWe believe the next leg of the rally in the benchmark index will be driven by the BFSI space, as banking companies are likely to post solid Q4FY22 earnings, driven by sequential improvement in loan growth,” said Naveen Kulkarni, Chief Investment Officer at Axis Securities.

Moreover, the improving asset quality trend will continue for the quarter, bringing further confidence to the banking space, Kulkarni said.

“The proportion of unsecured loans will be narrowed down and it will drag down the risk weight, hence improvement in the capital buffer,” said Ajit Kabi, Banking Analyst at LKP Securities.

The valuation of the HDFC Bank is still attractive after double-digit single day growth, and it’s a win-win situation for the both entities, Kabi said.

The HDFC Bank has a presence in more than 3,000 cities/towns through its 6,342 branches, with about 50 per cent of these branches in semi-urban/rural geographies in the country. Leveraging this distribution might, the proposed transaction would broaden the home loan offering, synonymous with the national objective of Pradhan Mantri Awas Yojana that intends to provide housing for all.

Post announcement of the merger on Monday, shares of HDFC and HDFC Bank rose as high as 14 per cent and 11 per cent, respectively, during the opening session.

“This mega-merger will correct the recent underperformance of the HDFC twins. The stock prices of HDFC twins are likely to remain firm even after this morning’s sharp spike. From the valuation perspective, the HDFC twins are even now only attractively priced in a highly valued market. FPI’s strategy of sustained selling in HDFC twins has been proved to be a short-sighted decision,” said V.K. Vijayakumar, Chief Investment Strategist at Geojit Financial Services.

The merged entity will gain from the synergies of the merger, Vijayakumar said.

“The mortgage business will gain from the low-cost funds of the bank and the bank will gain from HDFC’s competence in mortgage lending. The Indian economy will benefit from larger investment by the merged entity in large infra projects. India will have a large global bank,” Vijayakumar added.