Steel Production at JSW Steel Surges 22% in Apr, Target Set for Next Phase 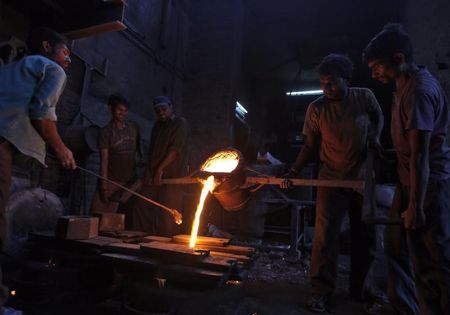 The company’s long-rolled products line saw a 5% growth in production during April 2022 at 3.54 lakh tonnes, compared to 3.37 lakh tonnes in the year-ago month, while the output of its flat-rolled product line surged 25% on a YoY basis to 12 lakh tonne in the month.

The company now set a steel capacity target of 37.5 MTPA, to be achieved by FY25, as part of its roadmap for the next phase of growth.

In other news, JSW Group is expected to make a $7 billion bid for Holcim (SIX:) AG’s Indian subsidiaries Ambuja Cements (NS:) and ACC (NS:), as per an IANS report. It will acquire a 63% stake in Ambuja Cements.

What is Taj Mahal Controversy? Petition filed in Allahabad HC to open rooms of Taj Mahal to check for Hindu Idols