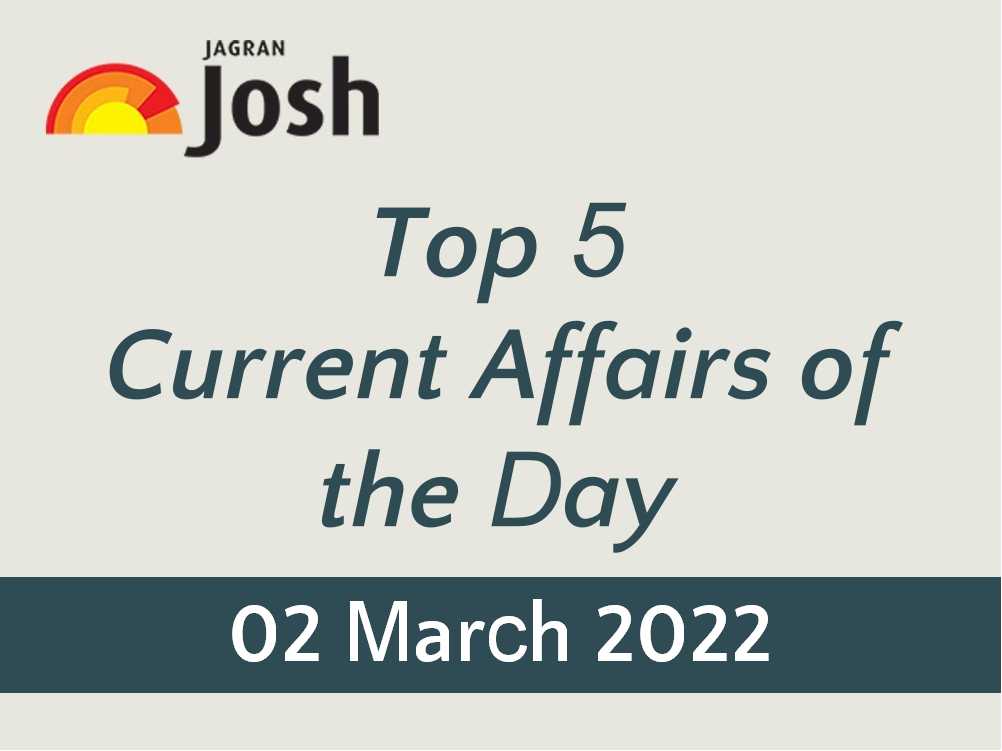 Ukraine’s ambassador to the United States, Oksana Markarova, accused that Russia has used vacuum bomb, a thermobaric weapons in the ongoing conflict.

Sarojini Naidu’s 73rd death anniversary was observed on March 2, 2022. Sarojini Naidu was given the name ‘Bharat Kokila’ by Mahatma Gandhi because of colour, imagery and lyrical quality of her poetry. She was a poet, political activist and freedom fighter, who was drawn to Indian National Congress’ movement for India’s independence from British rule. She was appointed as the President of the Indian National Congress in 1925.

Ukraine’s ambassador to the United States, Oksana Markarova, accused that Russia of using vacuum bomb, a thermobaric weapons in the ongoing conflict. A vacuum bomb sucks in oxygen from the surrounding area to generate a high-temperature explosion. It has the capability of vaporising human bodies.

Virat Kohli is scheduled to play his 100th Test match in India vs Sri Lanka match at Mohali on March 1. BCCI Secretary Jay Shah confirmed that cricket fans will be able to witness the historic moment of Virat Kohli playing his 100th Test match. The BCCI has asked the state cricket associations to open up matches to crowd on the basis of government directives.

Is Moldova Russia’s next target? A viral video of Belarusian President Alexander Lukashenko reportedly hints towards a possible attack on Moldova. The video shows Lukashenko standing in front of a detailed invasion map of Ukraine. The map shows Russia’s line of attack, some of which have already happened and some that may be planned in the coming days.