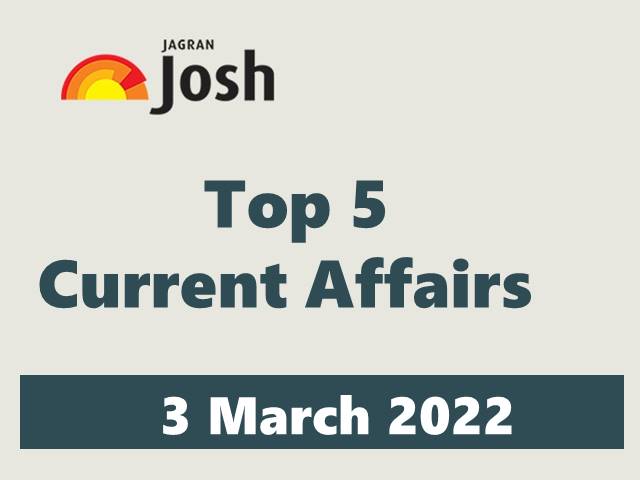 Abey Kuruvilla has been appointed as the new General Manager of the Board of Control for Cricket in India (BCCI).  The former India pacer had retired from all forms of cricket in 2000 and took up coaching. Abey Kuruvilla’s tenure as the national selection committee member got over earlier in 2022.

Prime Minister Narendra Modi will participate in a Quad Leaders’ virtual meeting today along with other QUAD leaders including US President Joe Biden, Australian PM Scott Morrison, and Japanese PM Fumio Kishida. The leaders are expected to exchange views and assessments about important developments in the Indo-Pacific and review ongoing efforts to implement the Leaders’ initiatives announced as part of the Quad’s contemporary and positive agenda.

The United States has been mulling over whether to apply or waive sanctions on India for its purchase of S-400 Triumf missile defence system from Russia, under the Countering America’s Adversaries Through Sanctions Act (CAATSA). This comes amid Russia’s invasion of Ukraine and criticism over India’s abstention along with 34 other nationa at the United Nations vote on March 2nd.

The sixth phase of UP Assembly Polls 2022 was held on March 3, 2022 for 57 seats across 10 districts of the state including Gorakhpur, Ambedkar Nagar, Kushinagar, Deoria, Ballia, Basti,  Balrampur, Maharajganj, Sant Kabir Nagar and Siddharthnagar.  UP Chief Minister Yogi Adityanath is among the candidates in the fray this time. He is contesting his first assembly elections from Gorakhpur Urban constituency.