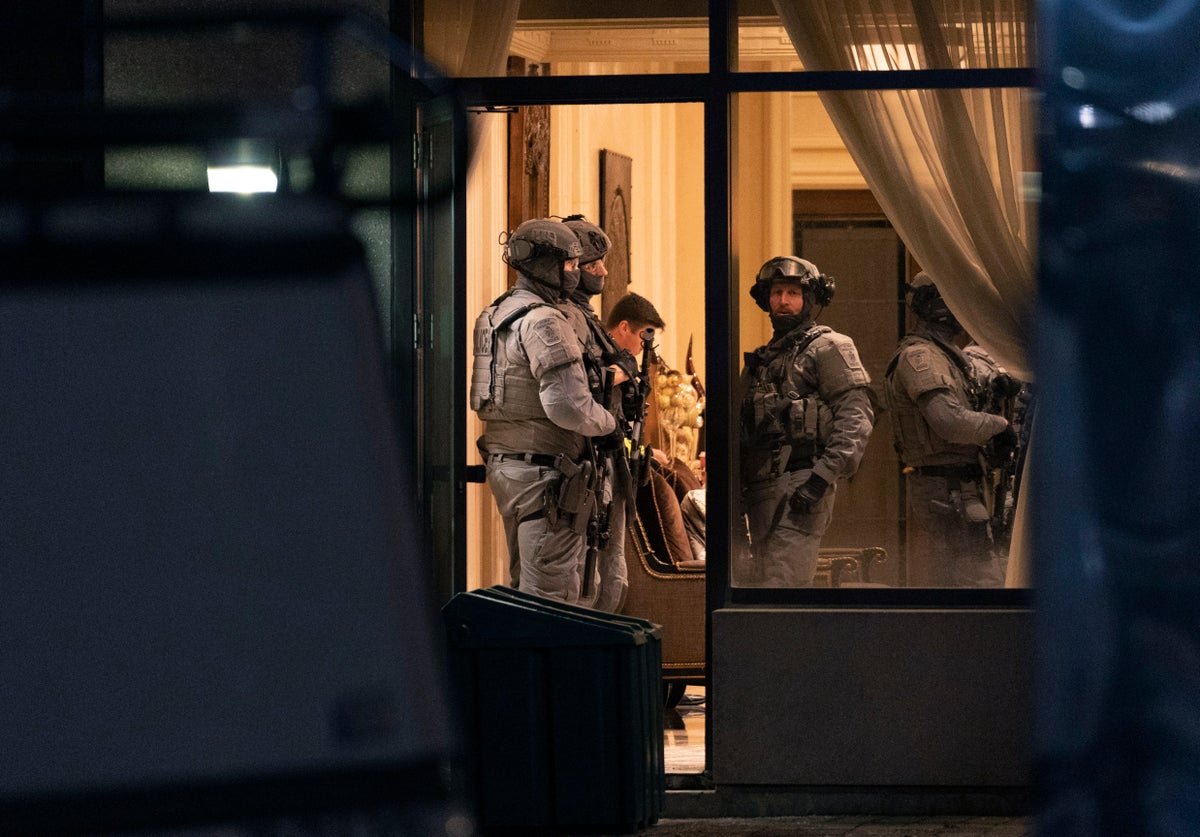 Sign up to our free US Evening Headlines email

Five people have been shot dead and one person injured in a suburban condominium unit in Toronto, Canada, after a gunman opened fire, authorities have said.

The gunman was shot dead by police officers responding at the scene in Vaughan, Ontario, said Chief James MacSween of York regional police.

“Six deceased. One of them is the subject. The other five are victims,” Mr MacSheen said.

One person who was injured in the attack was taken to hospital and is expected to survive.

Police said they responded to an active shooter call around 7.20pm local time on Sunday at a building on Jane Street, just north of Rutherford Road.

“Once the officers arrived, they were met with… a horrendous scene where numerous victims were deceased,” chief MacSween said.

It is not known if the shooter was a resident of the building. So far he has only been identified as a 73-year-old male.

Mass shootings are rare in Canada and the Ontario capital Toronto has taken pride in being one of the safest cities in the world.

Everything we know so far

What we know so far about the Toronto condo mass shooting

A gunman shot and killed five victims in what officials have described as a “horrendous” attack at a condo unit in suburban Toronto, before law enforcement officers stormed the building and shot him dead.

Rachel Sharp reports on what we know so far.

Toronto prides itself as one of the safest cities in world

Mass shootings are rare in Canada, with Toronto long priding itself as being one of the safest big cities in the world.

The last major mass shooting in the city took place back in 2018 when a gunman walked down a busy street shooting randomly into restaurants.

The assailant shot dead two people and wounded 13 others, before turning the gun on himself.

Three shootings in region over weekend

This was one of two shootings on Sunday in York Region, followed by one Saturday where a man was shot in Richmond Hill after an altercation with three men with guns, the Toronto Sun reports.

The other shootings are not believed to be related to the condo shooting.

Pictures from the scene

What we know so far about the Toronto condo mass shooting

A gunman shot and killed five victims in what officials have described as a “horrendous” attack at a condo unit in suburban Toronto, before law enforcement officers stormed the building and shot him dead.

Rachel Sharp reports on what we know so far.

Investigation into circumstances of shooter’s death

The circumstances of the death of the shooter, identified as a 73-year-old male, are being investigated by Ontario’s Special Investigations Unit.

Per a statement by the SIU:

The province’s Special Investigations Unit is investigating the circumstances surrounding the death of a 73-year-old man in Vaughan last night. Preliminary information suggests the following:

Four investigators and two forensic investigators have been assigned to the case. The post-mortem is scheduled for tomorrow. One subject official has been designated at this time.

Police sources: Shooter was man in his 70s

He was reportedly in an ongoing legal battle with the condo board of the building.

Investigators are in the process of trying to talk to his family or acquaintances to learn more on the background of this dispute and any possible court orders that resulted from it.

Police were also mining through social media posts they believe show the in-distress killer expressing fear of being accosted by board members.

Condo board may have been targets, report says

Sources told the Toronto Sun that police are investigating multiple shooting scenes at the condo building. One theory is that an individual went from unit to unit, attacking six members of the condo board.

There are seven fatalities including the shooter and one person is hospitalised with injuries.

Did the shooter go to multiple apartments?

York Regional Police chief James MacSween did not confirm whether the shooter went to multiple units in the building, but Global News reports that in an earlier press conference Constable Laura Nicolle said “it sounds as though there (was) more than one unit affected.”

“It’s going to take us some time to determine the motive in this investigation and what drew this person here,” Chief MacSween said.

Residents that were evacuated have been able to return to their units as it has been deemed safe following a thorough search by officers, according to a Monday morning police update.

Unclear if suspect lived in condo

Little information is known yet about the identity of the gunman and his victims.

It is currently unclear if the suspect, who was shot dead by police, was a resident of the condo building where the attack unfolded.

It is also unclear if he knew and intentionally targeted the victims in the attack.

The victims’ identities – including ages, genders and whether or not they were occupants of the condo building – is also yet to be released.

OnePlus 11 and its camera without veils