Unlike some other days, Urfi Javed has left fans completely impressed and stunned with her black outfit.

Urfi Javed often gets trolled for her bizarre and weird outfits. Each time, the Bigg Boss OTT fame is snapped by paparazzi, her fashion choice becomes the talk of the town. However, on Thursday, the actress left everyone stunned and impressed with her black outfit.

Earlier today, Urfi Javed was snapped by paparazzi on the streets of Mumbai. She was seen dressed in an all-black outfit. The actress kept her look sans accessories. What added charm to her look was her minimal make-up. Unlike some other days, Urfi has left fans completely impressed. Soon after the video was shared on social media, netizens talked about how Urfi Javed looks hottest and most confident. Fans also mentioned that her outfit is simple yet classy. The actress is receiving praises for her look. “This is the first time I thought 😌 she wore something logical,” one of the fans wrote. Another social media user commented, “Aaj toh hot lag rhi hai and beautiful bhi (Looking hot and beautiful today).” 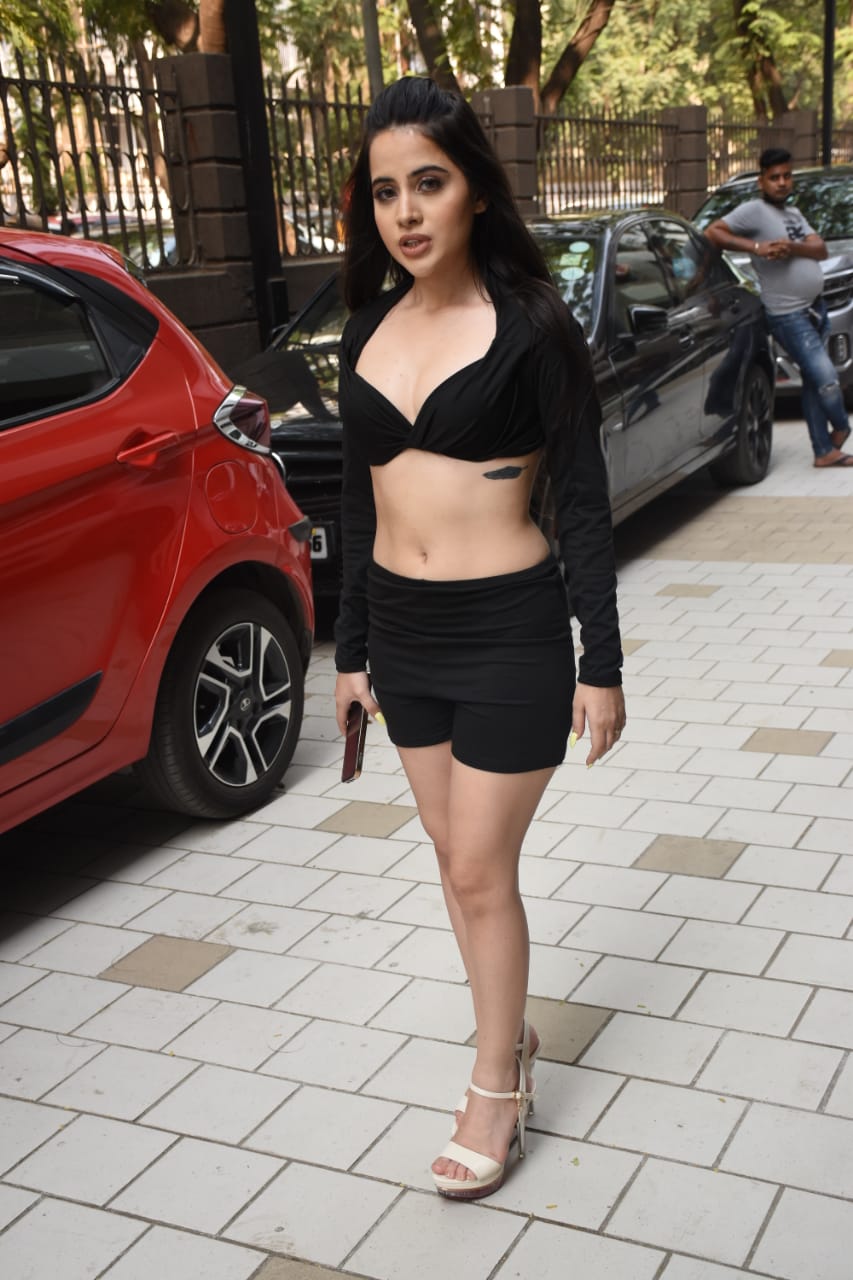 Urfi Javed Impresses All With Her Hottest Ever Look (Picture Credits: Viral Bhayani)

Recently, Urfi Javed admitted having self-doubts and revealed that there was a time when she used to think if her fashion choices are right or wrong. “Pehle pehle mujhe lagta tha. I used to think about it the whole night. Mein kuch zyada toh nahi kar rahi hu. Mein kuch galat toh nahi kar rahi hu. Am I really a slut? But then I realized ke ‘b***h no. I’m not the problem, society is the problem,” she told India.com.

On the work front, Urfi Javed was recently seen in a music video along with her rumoured singer boyfriend Kunwarr. Apart from this, Urfi participated in Bigg Boss OTT last year but was the first contestant to get eliminated from the show. She has also worked in several television shows including Bade Bhaiyya Ki Dulhania, Meri Durga, Bepannaah and Puncch Beat Season 2. She also starred in Yeh Rishta Kya Kehlata Hai for some time and later played Tanisha Chakraborty in Kasautii Zindagii Kay 2.