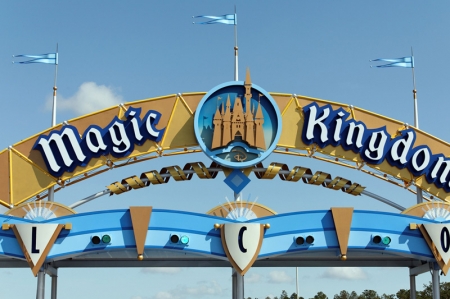 The company generated $13.62 billion in media and entertainment distribution revenue, up 9.5% YoY and just below the expected $13.83 billion. Parks, experiences, and products nabbed $6.7 billion in revenue, while analysts were looking for $6.12 billion.

DIS reported 22.3 million ESPN+ subscribers, just below the consensus projection of 22.5 million. The number of Hulu & Live TV subscribers stood at 4.1 million in the period, short of the estimated 4.4 million.

Disney reported total Hulu subscribers of 45.6 million, also below the analyst consensus of 46.6 million. Disney+ reported average revenue per user (ARPU) of $4.35, compared to the consensus estimates of $4.47. ESPN+ ARPU was $4.73, missing the projected $5.33.

“Our strong results in the second quarter, including fantastic performance at our domestic parks and continued growth of our streaming services — with 7.9 million Disney+ subscribers added in the quarter and total subscriptions across all our DTC offerings exceeding 205 million — once again proved that we are in a league of our own,” said Bob Chapek, CEO of the Walt Disney Co.

See also  Nike Stock May Jump In First Half Of 2022

“Economic uncertainty remains an overhang at Parks and there is work to be done on streaming, but F2Q results highlight Disney’s growth potential. We see 60%+ upside to $170 PT with shares at our bear case today,” Swinburne said in a client note.

For BofA’s Jessica Reif Ehrlich, results “were largely positive.” Still, the analyst cut the price target to $140.00 per share from $191.00.

“DIS’ F2Q results were largely positive although management commentary on 2H DIS+ net adds are likely to be a key concern among investors… Near term catalysts include: 1) continued theme park improvement, 2) DTC market rollouts with increased content output, 3) upcoming film slate and 4) future reinstatement of the dividend,” Reif Ehrlich wrote in a note.