What is Vacuum bomb that Russia is accused of using in Ukraine? 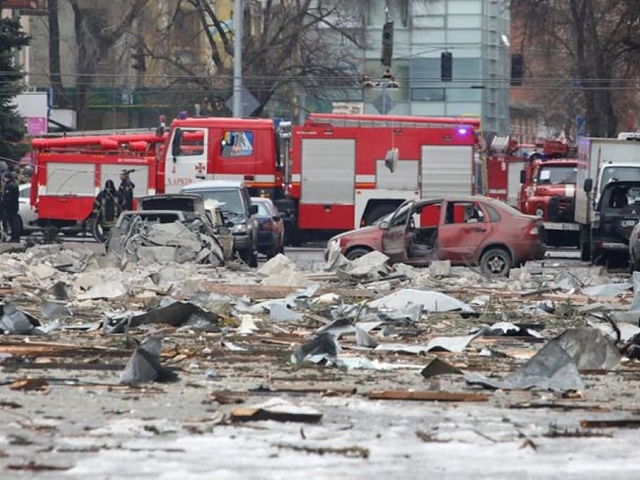 Vacuum bomb Ukraine: Russia has been accused of using vacuum bomb in Ukraine amid its military invasion of the country. Ukraine’s ambassador to the United States, Oksana Markarova, accused that Russia has used vacuum bomb, a thermobaric weapons in the ongoing conflict.

As per experts, multiple cluster bombs rained down on Kharkhiv, Ukraine’s second largest city, on February 28th. There was also shelling in the city, which led to deaths of many civilians including a 21-year-old Indian student. The human rights groups have also accused Russia of using vacuum bombs in and around Kyiv. This is yet to be confirmed officially.

The vacuum bombs are said to be more devastating than the conventional explosives of similar size and have a disastrous impact on anyone caught in their blast radius. The weapons have been condemned by the Amnesty International and Human Rights Watch.

What is a vacuum bomb?

A thermobaric weapon or a vacuum bomb sucks in oxygen from the surrounding area to generate a high-temperature explosion. The bomb produces a blast wave that can last for a significantly longer duration in comparison to a conventional explosive. The vacuum bomb is capable of vaporising human bodies.

How do vacuum bombs work?

The vacuum bomb also known as an aerosol bomb is a two-stage munition, first stage charge distributes an aerosol made up of very fine material, from a carbon-based fuel to tiny metal particles.

The second stage charge ignites the cloud, creating a fireball, a massive shock wave and a vacuum as it sucks up all surrounding oxygen.

The blast wave can last for significantly longer than that caused by a conventional explosive. The bombs create a pressure wave that suck out of the oxygen and can rupture the lungs of the victim.

The vacuum bombs are capable of destroying defensive positions and can be used as a destructive weapon to tear down buildings.

When have vacuum bombs been used previously?

The vacuum bombs have reportedly been used by both the Soviet Union and western forces since the 1960s.

The fuel-air explosives (FAE) were first developed and used by the United States in Vietnam, as per a Human Rights Watch report from 2000. The Soviets also developed the weapon and used them against China in 1969.  The US reportedly also used them in their operation to eliminate al-Qaida in the mountains in Afghanistan.

However, Russia has had a longer record of using the vacuum bombs than the west. Russia reportedly holds a wide range of third-generation FAE warheads. The separatists supported by Russia in the Donbas region, have allegedly been using them for a number of years.

Human Rights Watch had in 2000 condemned Russia’s usage of the weapons in Chechnya a year earlier.

As per Amnesty International, the international humanitarian law prohibits the use of inherently indiscriminate weapons such as cluster munitions and launching of such indiscriminate attacks that kill or injure civilians constitutes a war crime.

What is NATO and What is it’s purpose? How many Countries are in NATO?

Joe Biden Says "He (Putin) Has No Idea What's Coming"