AA Wireless celebrates birthday and Black Friday with a discount

Anyone who has been following us for some time will certainly know AA Wireless (here you find our review), the adapter which, as the name suggests, allows you to use Android AutoWireless even on cars that don’t they support.

The project was born on Indiegogo in 2020, and after six months of gestation it had evolved, smoothing out the problems and turning into a real jewel, which after two years allows us to appreciate the best of the Google vehicle interface.

The concept of AA Wireless it’s very simple. Do you have a car that only allows you to use Android Auto via cable? Turn on the car, connected the device, of extremely small dimensions (5 cm per side), to the USB port which you would normally stick the phone and start the app free, which will quickly associate AA Wireless with your smartphone.

From then on, you won’t have to take out your cell phone from the backpack to start Android Autobut everything will happen automatically. 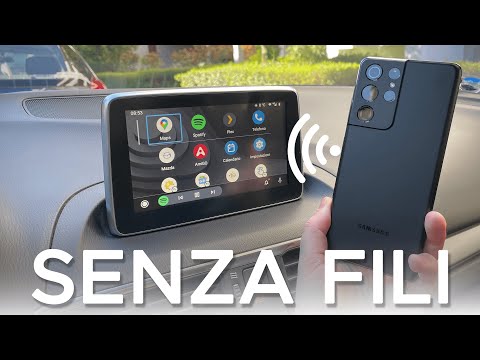 AA Wireless, whose strengths are the quite low price (when related to the market), the extreme easy to use and the stability of connection, has continued to evolve. If at the beginning there weren’t many compatible cars and phones, now the support it is much wider, and also the app it was completely renewed, in addition to the fact that to buy it you no longer have to go through Indiegogo but there is one store official.

These days the adapter celebrates its own second birthday and Black Friday with an offer which makes it even more palatable.

The discount, by 10%, bring the price from 89.99 euros to 81 euros. Certainly not to scream a miracle or the deal of the century, but enough to tempt those who are tired of tinkering with the your vehicle’s cable and envy friends who own a car with Android AutoWireless.