Biden Is Banning Russian Oil. These Producers Could Fill the Gap


(Bloomberg) — Shale giants EOG Resources Inc (NYSE:). and Devon Energy Corp (NYSE:). are sitting on thousands of federal drilling permits, many of which could be used to produce oil from the prolific Permian basin as a U.S. ban on Russian oil increases demand for other crude.

EOG and Devon hold more permits than other company, according to a Bloomberg analysis of federal onshore permitting data, but neither plans to grow production beyond 5% even as U.S. oil futures top $120 a barrel and global markets face historic disruptions. That dissonance is at the center of tension between the U.S. shale industry — which argues it needs long-term government support before it can sustainably raise production — and the Biden administration — which says oil companies should use up the more-than 9,000 drilling permits they already have before asking for further concessions.

The war of words between the two has intensified as the U.S. moved to ban Russian oil imports in response to the nation’s invasion of Ukraine. U.S. producers “have 9,000 permits to drill now — they can be drilling right now, yesterday last week, last year,” President Joe Biden said Tuesday. “They have 9,000 to drill onshore that are already approved. So let me be clear, let me be clear: they are not using them for production now.” The comments came a day after the American Petroleum Institute, the biggest U.S. oil lobby group, accused the administration of “ misusing facts” when it comes to federal leasing data.

“Just because you have a lease doesn’t mean there’s actually oil and gas in that lease, and there has to be a lot of development that occurs between the leasing and then ultimately permitting for that acreage to be productive,” said Mike Sommers, chief executive of the API.

But a review of federal drilling permits shows that half of unused onshore permits are for acreage in New Mexico’s Lea and Eddy counties, part of the Permian Basin that’s responsible for most of U.S. oil output. EOG held the most permits there, followed by Devon and Occidental Petroleum Corp (NYSE:).

The American Exploration and Production Council, a trade group representing EOG, Devon and others, pushed back on the notion that holding permits constitutes an obligation to drill. “This claim shows a fundamental misunderstanding of how exploration and production works,” said Anne Bradbury, chief executive officer of the association. And Occidental CEO Vicki Hollub, speaking Tuesday at the CERAWeek by S&P Global (NYSE:) conference in Houston, said that U.S. oil drillers can’t significantly expand production in the near term because of personnel shortages and supply-chain snarls.

Oil companies may believe it prudent to hold onto drilling permits now in case Biden — who campaigned on pledges to combat climate change, accelerate the transition into renewables and limit new oil and gas permitting on public lands and waters — clamps down on drilling later. The administration initially halted oil and gas lease sales –a move later reversed by a Louisiana-based federal district court — and the Interior Department’s Bureau of Land Management has yet to auction onshore oil leases under Biden. It is still issuing permits on existing leases, with nearly 4,000 authorized onshore last year, in line with recent, pre-2020 levels. And more of those leases actually have wells in production, according to Bureau of Land Management data cited by the industry.

There are barriers to ramping up output in Lea and Eddy counties. Oil produced on that side of the Permian tends to generate higher quantities of associated and water, which are more costly to dispose of in New Mexico, where air and water regulations are stricter than in Texas.

Publicly-traded oil and gas companies are also trying to limit production growth and return more cash to shareholders through dividends and buybacks after a decade of overspending burned investors. Oil CEOs have in recent weeks made clear that they want a nod from Biden before accelerating production, in part to give them cover with shareholders.

“The energy industry doesn’t have a permitting problem,” said Aaron Weiss, a deputy director at the Center for Western Priorities, which is conducting its own analysis of federal drilling permits. “It has a financing problem.” 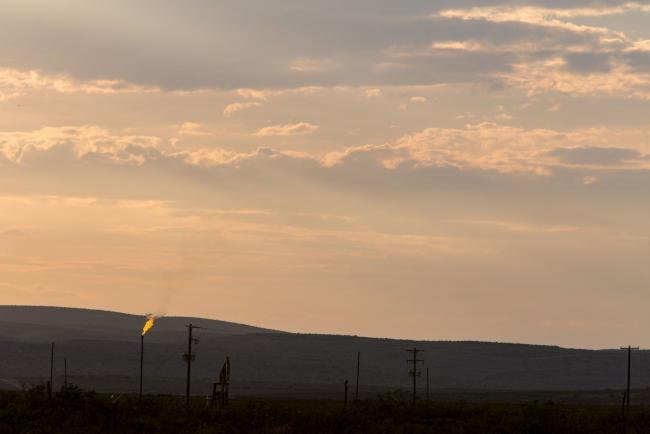