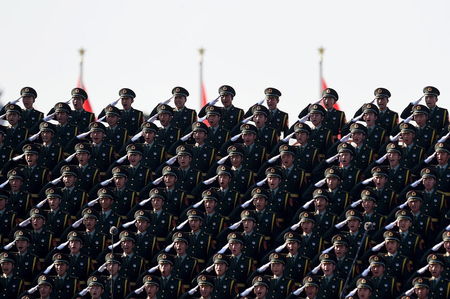 Investing.com — The ongoing rally in oil prices led by supply concerns amid the US possibly imposing sanctions against Russian oil imports is rising inflation woes. Such pressures affect emerging markets like India more, as over 80% of oil consumed in the country is imported.

Backed by oil prices touching multi-year highs, Credit Suisse (NYSE:) has downgraded India’s rating from ‘Overweight’ to underweight’ for now, majorly due to the country’s vulnerable position on oil.

Due to rising oil prices, inflationary pressures build-up, along with a higher sensitivity to the interest rate hikes to be taken by the US Fed, stated the firm.

Furthermore, due to rich valuations in Indian equities having significant impacts over short-term risks, Credit Suisse will use the funds released from India to position itself in China.

It will use the funds to raise China from ‘Market Weight’ to ‘Overweight’, as the firm finds  ‘China’s low oil import bill, insulation from Fed rate hikes, improving macro indicators and wealth of potential policy tools’ attractive.

Credit Suisse added that it continues to like India’s positive EPS revisions and positioning in the real estate sector but inflation is a major headwind.

A CNBC TV-18 coverage cited the investment bank saying that India is among the most vulnerable countries to oil shocks, besides the Philippines.

International Women's Day 2022: How scholarships for girls with scientific acumen can help