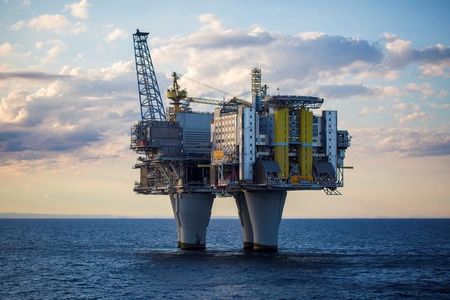 The crude market has soared to 14-year highs in the wake of the Russian invasion of Ukraine, with the West retaliating by imposing severe sanctions on Moscow, limiting the amount of business western companies can do with Russia.

However, the energy sector was explicitly left out of the original package of U.S. and European sanctions to avoid damage to Europe’s economy. The continent gets around 10% of its oil and a quarter of its natural gas from companies ultimately controlled by Vladimir Putin’s government.

This view may be changing, in the U.S. at least, following reports that the United States, the world’s biggest oil consumer, will ban Russian oil imports, taking a unilateral stand without the involvement of European allies.

This view was confirmed by Democratic U.S. Senator Chris Coons earlier Tuesday, adding that the announcement may come Tuesday or Wednesday.

“While the U.S. appears to be moving quickly towards a ban, we will need to keep more of an eye on Europe, given it is a significant home for Russian oil, whilst only about 3% of U.S. crude oil imports originate from Russia,” said analyst at ING, in a note. “The self-sanctioning we are seeing at the moment in the oil industry appears to be working almost as well as a ban on Russian oil.”

Russia currently exports around 7 million barrels of crude and oil products daily. And if Europe and the major countries in Asia were to follow the likely American lead and ban these exports, prices could jump substantially, even from these elevated levels.

Russian deputy prime minister Alexander Novak warned that “the surge in prices would be unpredictable. It would be $300 per barrel if not more.”

Adding to the bullish sentiment in the market was news of a stumbling block in the talks between the West and Iran over the potential of reviving a 2015 nuclear deal, which could see Washington waiving sanctions on purchases of Iranian oil.

Russian foreign minister Sergei Lavrov stated over the weekend that the Western sanctions over Ukraine had become a stumbling block for a nuclear deal.

“We continue to work to see if we can come back to mutual compliance with Iran on the deal,” said U.S. Secretary of State Antony Blinken earlier Tuesday. “Russia continues to be engaged in those efforts and it has its own interest in ensuring that Iran is not able to acquire a nuclear weapon.”

Iran used to be OPEC’s second-largest producer, and an agreement could see the Persian Gulf country restoring around 1 million barrels of daily crude production.