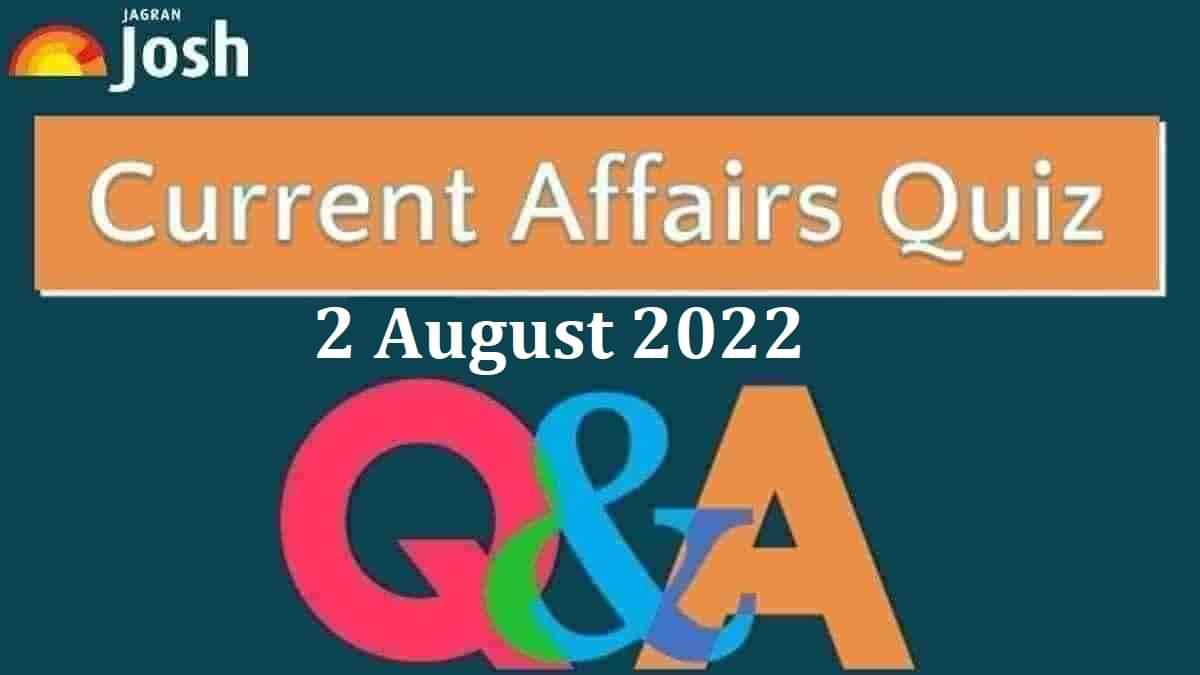 1.Who will lead India in the three-match ODI series against Zimbabwe?

2.Which telecom company is ready to roll out the World’s Most Advanced 5G network across India?

3.India is likely to launch 5G services across the country by which month?

4.Who has taken charge as the new Delhi Police Commissioner?

6.Which airline is bringing out a new policy, allowing pilots to fly after retirement?

Shikhar Dhawan will lead a 15-member Indian squad in the three-match ODI series against Zimbabwe. This was informed by the Board of Control for Cricket on July 30, 2022. India vs Zimbabwe ODI Squad 2022 has been picked by the All-India Senior Selection Committee. Senior players including Rohit Sharma, Virat Kohli and Jasprit Bumrah have been rested for the India vs Zimbabwe 2022 series. Rishabh Pant,  Ravindra Jadeja, Suryakumar Yadav, Shreyas Iyer and Yuzvendra Chahal have also been left out.

Reliance Jio, India’s largest digital services provider, is ready to roll-out the world’s most advanced 5G Network to make India a global leader in Digital Connectivity and Digital Solutions. Reliance Jio Infocomm Limited has acquired spectrum in 700MHz, 800MHz, 1800MHz, 3300MHz and 26GHz bands in the 5G auctions conducted by the Department of Telecommunications. The acquisition will enable Jio to build the world’s most advanced 5G network and strengthen India’s global leadership in wireless broadband connectivity.

The fifth generation (5G) telecom services are likely to launch in India by October 2022. This was informed by Union Telecom Minister Ashwini Vaishnaw on August 1, 2022 after announcing the successful completion of 5G spectrum auction with winning bids worth over Rs 1.50 lakh by four companies including Reliance Jio, Bharti Airtel, Vodafone Idea and Adani Data Networks. A total of 72,098 MHz of spectrum was up for bids, out of which 51,236 MHz or around 71 per cent has been sold in the auction.

Sanjay Arora, a 1988-batch IPS officer of Tamil Nadu cadre took charge as the Delhi Police Commissioner on August 1, 2022. He will be succeeding Rakesh Asthana, who retired on July 31, 2022. Sanjay Arora was earlier serving as the DG of the Indo-Tibetan Border Police (ITBP). He had graduated with a bachelor’s degree in Electrical and Electronics Engineering from Malviya National Institute of Technology, Jaipur (Rajasthan).

Sushila Devi became the first Judoka to win a medal at the Commonwealth Games 2022 with a silver in the women’s judo 48kg final on August 1, 2022. She clinched a silver medal in the women’s judo 48kg final after losing against South Africa’s Michaela Whitebooi by a Waza-Ari at the Coventry Arena Judo Mat 2. Vijay Kumar Yadav won the bronze medal in the men’s judo 60kg final at the Commonwealth Games 2022.

Air India has introduced a new policy, under which it will provide an extension of service to select pilots on a contract basis for a period of 5 years after retirement. This contract can be extended till they attain the age of 65 years. The Air India pilots currently retire at the age of 58. The company has decided to change its policy and extend the service of pilots even after retirement in line with the increase in the number of aircraft in its fleet in mind.

The warfare exercise Exercise Pitch Black will be hosted by Royal Australian Air Force (RAAF). It takes place once in every two years at Northern Australia’s RAAF bases -Darwin and Tindal. The exercise will see participation from about 100 aircraft and 2,500 military personnel from 17 nations including India, Australia, US, UK, France, Canada, Germany, Japan, Indonesia, Netherlands, New Zealand, Malaysia, Singapore, Philippines, S Korea, Thailand and the UAE. IAF’s Su-30MKI combat aircraft will participate in the exercise along with its transport aircraft.