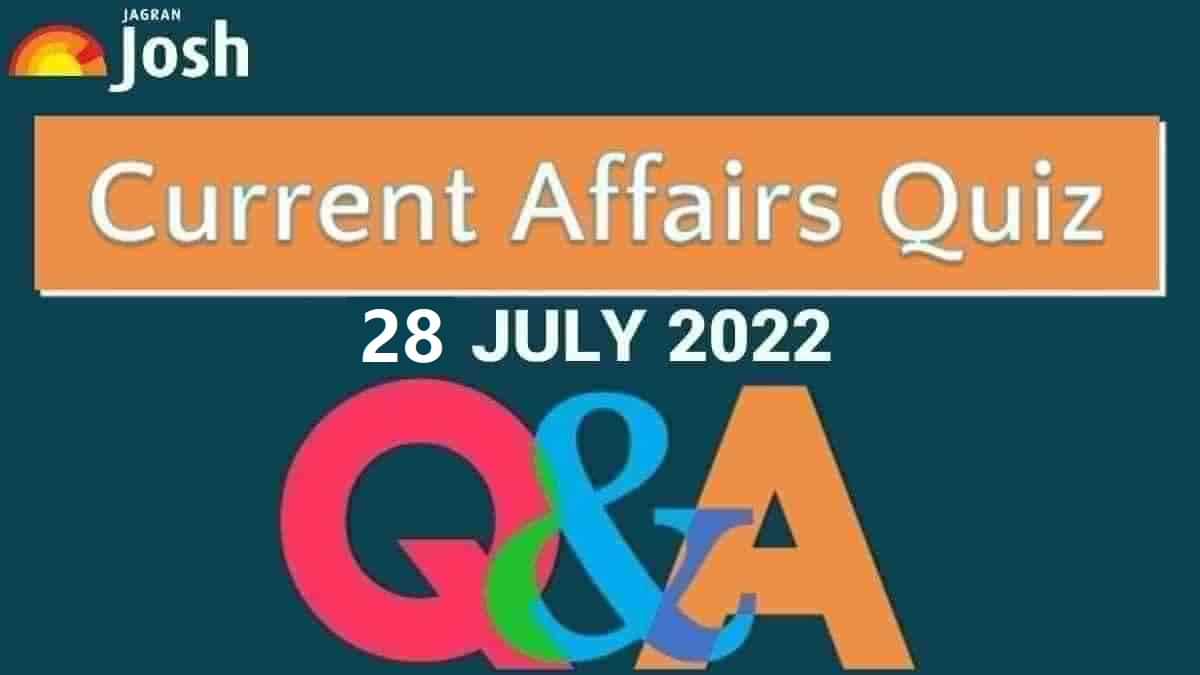 2.Who will be India’s Flag bearers at the opening ceremony of Birmingham Commonwealth Games 2022?

3.The centre has invited expression of interest to develop a vaccine against which disease?

4.DGCA has curtailed which airline’s flights to 50 percent?

5.When is World Hepatitis Day observed?

6.Which country is hosting the 44th Chess Olympiad?

7.Which Indian state was the highest receiver of FDI Equity Inflow during FY 2021-22?

The Asian Cricket Council confirmed on July 27, 2022 that Asia Cup 2022 will be held in the United Arab Emirates. Sri Lanka, the original hosts, will retain their hosting rights. The decision was taken after extensive deliberation considering the prevailing situation in Sri Lanka. The Asia Cup 2022 will be conducted from August 27th to September 11, 2022. The Asia Cup was last played in 2018. It will be played in the T20 format with nine teams.

The Indian Olympic Association (IOA) has announced PV Sindhu and Manpreet Singh as India’s flag bearers for the opening ceremony of Birmingham Commonwealth Games 2022. PV Sindhu is a two-time Olympic medallist, while Manpreet Singh is the captain of the men’s hockey team, who had led the team to win the bronze medal at the Tokyo Olympics 2020. This came after Birmingham 2022 Commonwealth Games Organising Committee intimated IOA to name two flag bearers for the opening ceremony, one male and one female.

The central government has invited Expression of Interest (EOI) in developing a vaccine against monkeypox virus. The centre has floated EoI for developing monkeypox vaccine, diagnostic kits in public-private partnership mode. The Centre has invited EoI from experienced vaccine manufacturers and in-vitro diagnostic (IVD) kit manufacturers for joint collaboration in developing a vaccine candidate against monkeypox.

The Directorate General of Civil Aviation (DGCA) has restricted Spicejet’s operations to only 50 percent of flights for eight weeks. The airline assured on July 27, 2022 that there will be no impact on the flight operation as other airlines had already rescheduled their flight. This came after several incidents were reported on aircraft operated by SpiceJet with some aircraft either turning back to its originating airport or landing at the scheduled destination with degraded safety margins.

The 44th Chess Olympiad is being hosted by India from July 28 to August 10, 2022. This is the first Chess Olympiad to be organised in India. The Olympiad is organised by the Fédération Internationale des Échecs. It will comprise two types of events- open and women’s events. The official mascot of the Olympiad is ‘Thambi’, a knight wearing traditional Tamil attire. The legendary Indian chess player Viswanathan Anand will not be playing but will be seen in the role of a mentor to the players.

Karnataka was the highest receiver of FDI Equity inflow during FY 2021-22 with 37.55 percent inflow, followed by Maharashtra (26.26 percent), Delhi (13.93 percent), Tamil Nadu (5.10 percent) and Haryana (4.76 percent). Singapore and USA emerged as the top 2 sourcing nations in FDI equity flows into India in FY2021-22, following by Mauritius, Netherlands and Switzerland.

Using Crypto, How Can I Make a Passive Income?