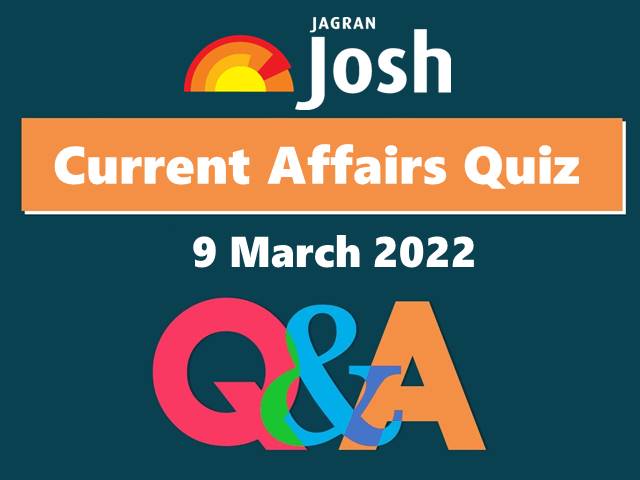 1. India’s 1st women-owned industrial park has opened in which city?

3. Who became the first foreign leader in the history to directly address UK’s House of Commons?

a) US President Joe Biden

5. Param Super Computer has been installed at which institute?

6. Which country has suspended the sale of foreign currencies until September 9, 2022?

7. Which tennis player has pledged his prize money from tournaments for the rest of the year to UNICEF’s Ukraine appeal?

India’s first 100 percent women-owned industrial park has opened in Hyderabad, Telangana. The FLO Industrial Park is being promoted by FICCI Ladies Organization (FLO) in partnership with the Telangana government. The industrial park began its operations with 25 women-owned and operated Green projects.

FICCI Ladies Organization (FLO) was established in 1983. It is the women’s wing of the Federation of Indian Chambers of Commerce and Industry (FICCI), which is the top body of industry and commerce in India. Its members include professionals, corporate executives and entrepreneurs.

Ukrainian President Volodymyr Zelensky became the first foreign leader in history to address Britain’s Parliament in a virtual speech. He directly addressed UK PM Boris Johnson and the UK MPs in a packed House of Commons invoking the wartime defiance of former British prime minister Winston Churchill, saying “we will fight to the end.”

US President Joe Biden on March 8, 2022 announced a complete ban on all Russian oil, natural gas and coal imports to the United States, in an effort to impose harsher sanctions amid Putin’s war in Ukraine. The US oil imports from Russia make up a small portion of America’s energy resource, standing at roughly 8 percent in 2021, out of which crude oil import amounted to only 3 percent. Despite this, it is a huge decision as it will have global ramifications.

A super computer made in India, ‘PARAM Ganga’ was installed at IIT Roorkee on March 7, 2022. PARAM Ganga has a supercomputing capacity of 1.66 Petaflops (Peta Floating-Point Operations Per Second. The super computer has been designed and commissioned by C-DAC under Phase 2 of the build approach of the NSM.

Former world no. 1 Andy Murray has pledged to donate his prize money from tennis tournaments for the rest of the year to UNICEF’s Ukraine appeal. The British tennis star is  was working with UNICEF to help victims of the conflict following Russia’s invasion of Ukraine.