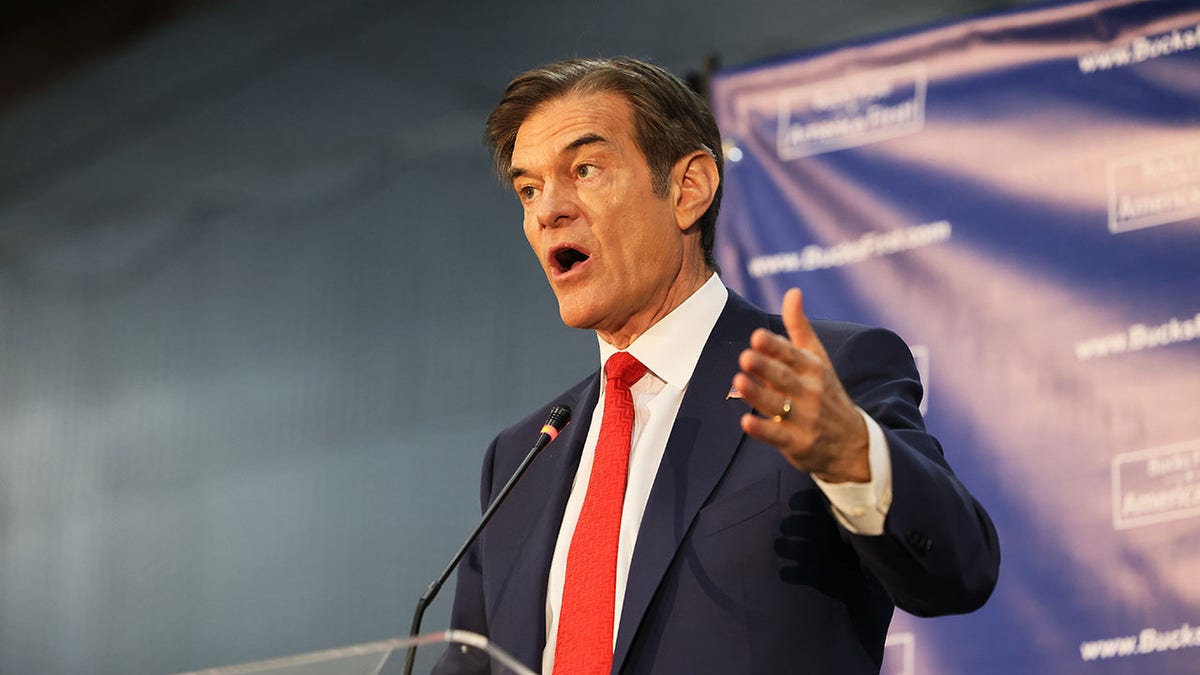 In the U.S. Senate race, Democrat John Fetterman holds an 11-point lead over Republican Mehmet Oz, 47%-36%, in a Fox News poll released Thursday. Three percent back independent candidate Everett Stern and 13% support someone else or are undecided.

JOHN FETTERMAN ONCE SIGNED PLEDGE TO BAN FRACKING, WHICH SUPPORTS TENS OF THOUSANDS OF PA JOBS

The candidates are vying for the seat of retiring Republican Sen. Pat Toomey.

A big problem for Oz is consolidating GOP support. By a 16-point margin, fewer Republicans stay loyal to him (73%) than Democrats to Fetterman (89%). Same story on favorable ratings, as many more Democrats view Fetterman positively (88%) than Republicans view Oz (67%).

Both candidates have vulnerabilities — Oz is ridiculed as a carpetbagger from New Jersey, while Fetterman suffered a stroke earlier in the campaign. But twice as many are concerned Oz isn’t familiar enough with the state to be an effective senator (52%) as are worried Fetterman isn’t healthy enough to serve (23%). That difference holds true among the party faithful, as about three times as many Republicans (22%) are worried about Oz being up to the job as Democrats are about Fetterman (8%).

Overall, Fetterman is better liked, with about half of voters having a favorable opinion of him (49% favorable, 34% unfavorable) and just over one-third viewing Oz positively (35%-55%).

“It’s tough to underestimate the Herculean rehabilitation that Oz needs to perform on himself to make this race competitive,” says Democratic pollster Chris Anderson, whose company Beacon Research conducts the Fox News survey with Republican Daron Shaw. “Once voters decide they don’t like you, it’s hard to convince them otherwise. Unfortunately for Pennsylvania voters, that probably means a super-charged negative campaign where Oz tries to pull Fetterman down.”

In 2020, President Biden narrowly won the Keystone state (by less than two percentage points), while former President Trump won the state by an even smaller margin (less than one point) in 2016. Today, Trump (44% favorable, 54% unfavorable) is a touch more popular among Pennsylvanians than Biden (42%-57%). A larger difference is that 64% of Republicans have a strongly favorable view of Trump, while 40% of Democrats feel that way about Biden.

Among the small subgroup of voters who have a negative view of both Biden and Trump, Fetterman is favored over Oz by 30 points.

One bright spot for Oz may be on the issues. Inflation is the top concern for Pennsylvania voters, with 27% saying that will be most important to deciding their Senate vote — double the number that prioritize the second issue of abortion (14%). For 1 in 10 the top issue is election integrity/voting rights (11%).

Inflation voters prefer Oz (by 39 points), while those prioritizing abortion and election integrity/voting rights go heavily for Fetterman (by 56 points and 35 points respectively).

Issue priorities splinter among Fetterman supporters, with the largest number saying abortion (21%), followed by election integrity/voting rights (14%), inflation (12%), and guns (11%). By contrast, nearly half of those backing Oz say inflation is their top issue (45%) — and no other issue hits double digits.

“Pennsylvania is patient-zero for the talking point that Republicans could lose the Senate by nominating flawed candidates,” says Shaw. “The mood is negative, the president’s ratings are poor, and issue environment favors the GOP, but their candidate is chasing 10 points because Republicans aren’t sure he’s capable.”

From a personal perspective, a majority of 52% says their financial situation is worse than it was two years ago, and 37% say it’s about the same. Few Pennsylvanians, 10%, are doing better — and that only improves to 16% among Democrats.

In the race to replace term-limited Gov. Tom Wolf, Keystone voters back Democrat Josh Shapiro over Republican Doug Mastriano by a 50-40 percent margin.

Far more of Shapiro’s supporters (69%) are enthusiastic about backing him than Mastriano’s are about supporting him (49%), and more voters overall have a favorable opinion of Shapiro (51% favorable, 34% unfavorable) than Mastriano (38%-48%).

Conducted July 22-26, 2022 under the joint direction of Beacon Research (D) and Shaw & Company (R), this Fox News surveys include interviews with 908 Pennsylvania registered voters randomly selected from a statewide voter file and who spoke with live interviewers on both landlines and cellphones. The total sample has a margin of sampling error of plus or minus three percentage points.