One of the problems of video games developed starting from large intellectual properties is the balance: how much fan service to put in and how much to think about a product suitable even for the uninitiated? How to make it interesting for those who know everything about the franchise but also compelling for those who know nothing or almost nothing? Hogwarts Legacy has the benefit of referencing a narrative universe that we have all at least heard of, perhaps reading a few books or casually glancing at the films released over the years. Nonetheless, the challenge of creating an ambitious product suitable for everyone immediately seemed complex: Warner Bros. chose to rely on Avalanche Software for development, a team very experienced in the field of open worlds, called here for a sort of test of maturity having to deal with a vast and interesting material but not without rules, above all accompanied by very high expectations.

Lately I was given the opportunity to spend about an hour in the company of the game: not enough to get a definitive idea, but a sufficient period of time to have a very first impact with the experience and grasp some aspects, elaborate a series of preliminary impressions. I’ve never been a fan of Harry Potter, I watched the movies, getting bored more than I would have hoped, and I gave the books a couple of chances, however perhaps arriving out of time and abandoning them rather quickly without fully grasping their undoubted charm . Not a detractor but not even a fan: so I approached this tried one, from which I came away satisfied anyway. I then chose to collect five aspects that struck me during the test, leaving further (and more definitive) considerations to an in-depth test. After all, there is very little left for the release, since it will hit the shelves on February 10th on PC, PS5 and Xbox Series, with the other versions arriving later in the year.

AN ALL NEW STORY 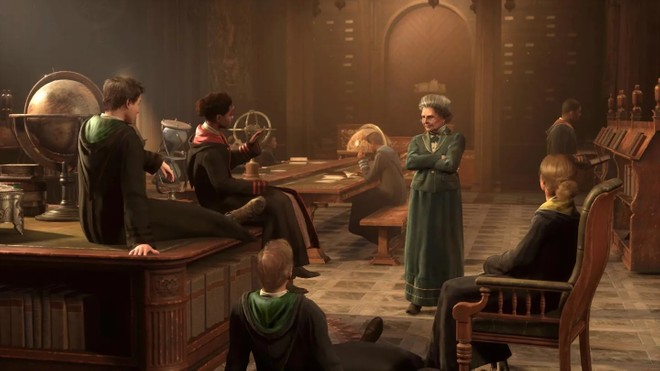 Without going into too much detail and running the risk of running into spoilers, Hogwarts Legacy is set much earlier than the events narrated within the Harry Potter saga, taking the calendar pages back to the 1800s. A choice that I found interesting because it made it possible to reset characters and narration, which will be new for both fans and non-fans, without renouncing the charm of the setting and the multitude of details that characterize the world created by JK Rowling . The story is unpublished and so are its protagonists: I’m not an expert and I picked up several elements that reminded me of what I saw at the cinema, while comparing myself with some colleagues more experienced than me, other aspects didn’t activate any memory, as they would have done with them, but I found them anyway well explained and introduced. 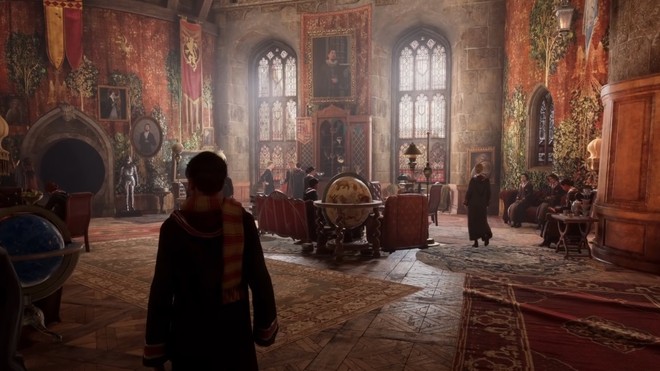 Between one mission and another I was able to wander around the Hogwarts castle and I must say that Avalanche seems to have done a great job. As a student of the school of magic, we will spend a lot of time in and around the building, which will also serve as a hub for quest collection and character development, becoming the nerve center of the adventure. Being able to visit it both inside and out, riding the flying broom, was a great experience and it seems that, due to its size and attention to detail, there will be several hours to spend just to discover all its secrets and explore every room. The amount of non-player characters present, many of whom are ready to interact and perhaps give us some secondary tasks, also makes it the place where the game’s plot will develop most frequently, so the discovery process promises to be fluid and natural. 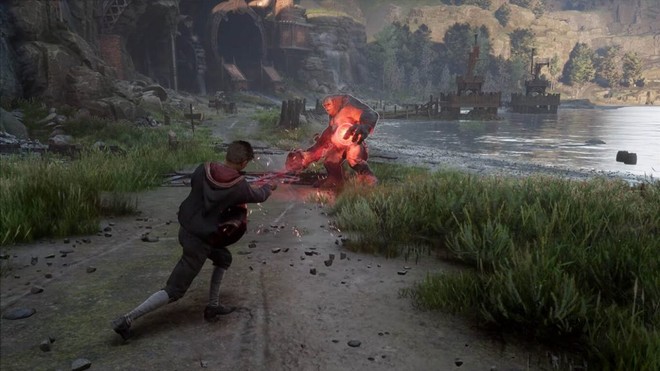 In addition to the small taste of the open world, I was able to play a total of three missions. All rather linear and attributable to the stylistic features of the genre. A good mix of exploration and combat, interspersed with cutscenes useful to advance the plot, which does not redefine any paradigm but seems quite solid. In particular, the combat system, in its simplicity, amused me. In addition to the standard attacks, it is possible to recall at any time one of eight spells chosen from those acquired up to that moment (there are over one hundred in total), each with a specific function. Some give buffs such as invisibility or increased speed, others manipulate enemies for example by pulling them towards you or pushing them away, while still others allow you to hit them alone or in groups with area-of-effect attacks. As mentioned, nothing revolutionary even if the high number of spells and the fact that many of them are quite iconic and characteristic of the series, made everything more interesting.

TO EACH HIS OWN WIZARD 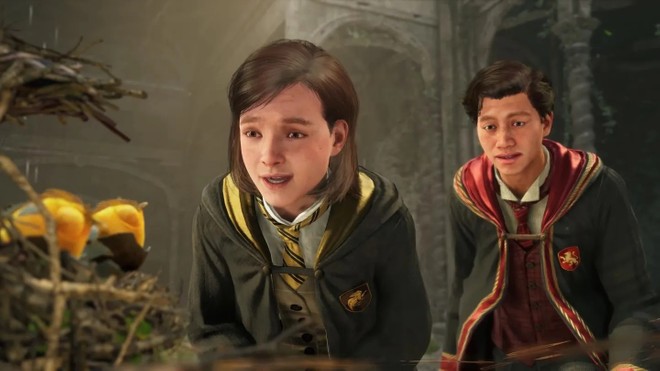 Being untied from the events of Harry Potter and company was functional in writing a plot free of constraints, but the same also applies to the protagonist. We will have wide margins of customization on our virtual alter ego. The editor to access as soon as the adventure is launched is very complete and allows you to select practically all the physiognomic aspects you want. It is clear that Avalance has paid great attention to this element and probably has done well. I haven’t had a lot of time to sift through the menus but the equipment and skills that characterize the character we control can obviously be modified and enriched over time

FOR OLD AND NEW FANS 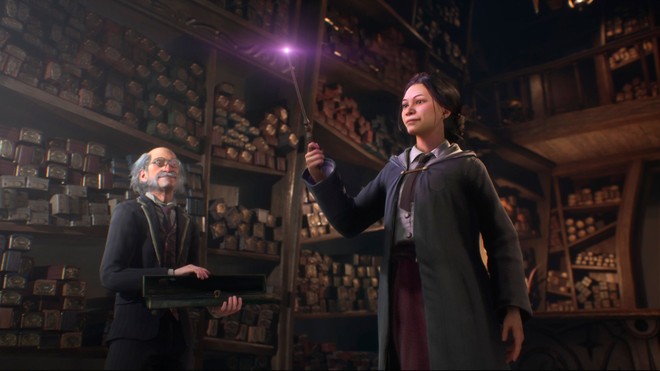 In strictly technical terms, Hogwarts Legacy didn’t leave me speechless: a multiplatform product that also looks at the previous generation of hardware, moreover an open world with all the difficulties involved, certainly cannot aspire to effects or a glance comparable to that offered by more compact titles and perhaps natively designed for PC, PS5 and Xbox Series. Despite this, what the game does not offer in terms of pure technical sector it recovers with an imaginary made up of places, creatures, spells, clothes and dozens of gimmicks which if you have seen the Harry Potter films will be familiar right away.

From this point of view, I ended my test thinking that Hogwarts Legacy could actually work both ways, if it were to be well packaged from start to finish: fans will find a world of references and will be able to experience the school of magic first hand famous ever, becoming part of it; for those who instead were to enter the franchise from this entrance, the mosaic could prove to be so multifaceted as to make it interesting to explore it further through the other products that compose it.

At this point we just have to wait a couple more weeks to be able to play the full version of the title and get a definitive idea. It is an ambitious product both for the material covered and for the formula chosen and the relative dimensions of the adventure. An hour of play certainly cannot give an exhaustive idea of ​​the goodness of what has been achieved but I finished my short experience curious to continue and with the desire to do another mission, explore yet another piece of the game. Undoubtedly a good sign.

Why Ruto must keep his eyes on public procurement reforms

The 10 Most Risky Industries for Starting a Business