Home - News - How to install a wallbox in the garage: guide and costs to know
NewsTechnology

How to install a wallbox in the garage: guide and costs to know

Electric cars are a market to which to pay more and more attention, also and above all in view of the changes that await us in the coming years; one above all the one decreed by the European Parliament, which gave the green light to the proposal to stop the sale of endothermic cars starting from 2035.

Leaving aside for now the controversies that have accompanied this change, it is undeniable that the path traced is that towards a more sustainable mobility, of which the electric car becomes the standard-bearer. Anyone who has tried to use one – by the way, this was my experience with my first electric car – in addition to the necessary adjustments that a paradigm shift like this requires, will have had to deal with the issue of charging.

A compelling issue, because if it is true that the network of public charging stations has been expanding in recent years, it is also true that, for those who have the possibility, home charging is much more advantageous in terms of costs and convenience. If at first you can adapt to the supplied cable that ends with a Schuko, in the long run it is worth considering the purchase of a wallbox. We tried to install one: that’s how it went.

WHAT IS A WALLBOX? 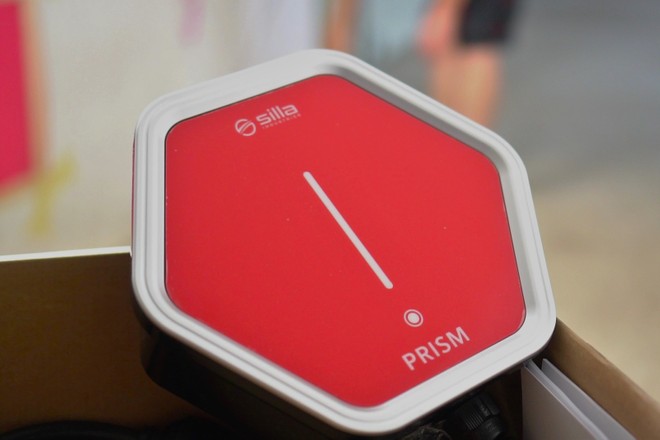 First of all, some context: wallboxes are devices with which to recharge the batteries of electric cars at home; in practice, they take the current from the domestic user and transmit it via cable to the car.

By default electric cars are equipped with a charger for charging at home with the Schuko: however, if they are not of the advanced ones with the temperature sensor on the socket – and they are very few – there is still a remote but concrete risk of letting current flow constantly and ending up overheating.

Unlike a normal Schuko socket though the wallboxes safely support and withstand much higher powers, or the same power for longer without the risk of overheating the 10 / 16A plug. For example, when I tried my first electric car (a Twingo ZE Full Electric) it took more than 12 hours to recharge the small 22 kWh battery at home with the cable.

Aesthetically, these devices are reminiscent of public charging stations, but have more compact dimensions and are mounted on the wall: the technology is still the same. The power of a wallbox can reach up to 7.4 kW in single phase, or a maximum of 22 kW in three-phase. Some models also have the function Dualto carry out two recharges at the same time if properly calibrated with the electrical system.

In addition to the basic technology that unites them, the wallboxes can be more or less elaborate: the cheaper ones are simple fuse boxes with cable, without other equipment, while smarter models measure energy consumption, can be shared with multiple users and consumption can be quantified and broken down. The smart wallboxes can be controlled via the app and do not make you skip the home meter when you turn on the oven and washing machine while charging.

WHICH PATH TO INSTALL ONE? 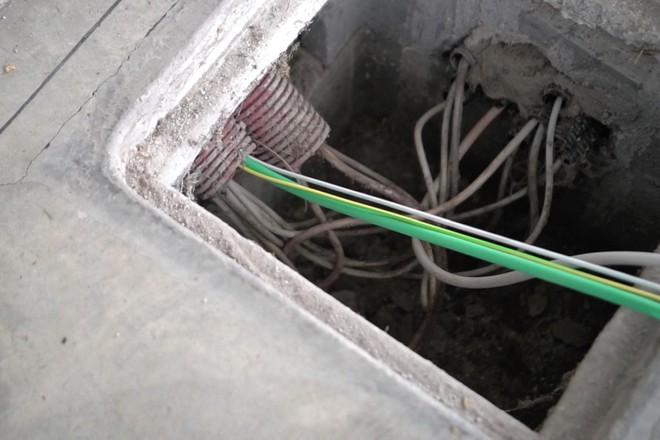 The first step is to inquire to choose the model that’s right for you. In our case we chose Silla Prism Basic because it is a solution that can grow over time but is already well equipped: the basic version can load without “blowing the meter” because it automatically manages the power. In addition, with an accessory, it turns into an intelligent wallbox when we want to complete our energy transition with photovoltaic and storage battery.

Returning to us, once called, the technician will arrive at your home and will make an expert opinion; it is necessary to establish the right size of the cables to then have the certificationwhich for example is useful in a condominium context.

If you are a homeowner, you can freely decide to have the wallbox installed. Generally no authorizations are required, but it is always advisable to inquire about the required documents and the related possible costs of the latter, which is why it is useful to contact a qualified technician who is aware of procedures at the municipal level and can advise how to respect them. . 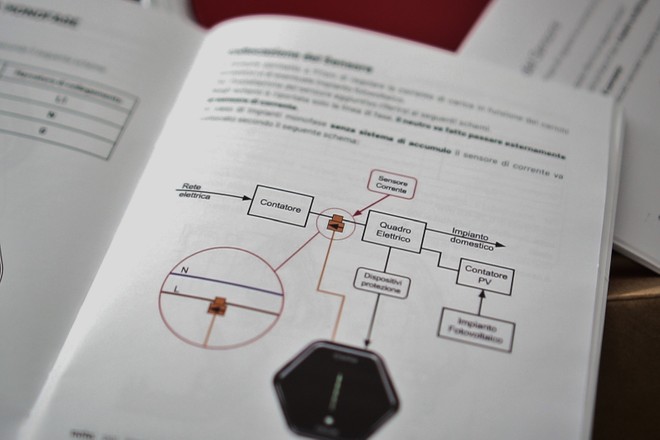 If you live in a condominium, however, there are specific rules: if you have a fixed parking space, for example an underground garage, it is necessary to check if the necessary line is already present and if this is connected to your meter or to the condominium one; if you are renting, you have to talk about it with the landlord.

If you do not have your own garage or if you want to install a wallbox in an area belonging to the condominium it is necessary to present the project – that is the installer’s report explaining what will be assembled – to the condominium administrator, who will have to call a condominium assembly where it will be possible to obtain the participation of all the condominiums to the expenses for the wallbox that will become common use for all the inhabitants of the building.

In this case, a wallbox will be chosen that works with individual cards equipped with an Rfid chip so that everyone pays for the energy they take. If the condominium says no or does not make a decision within 3 months, you can proceed to mount it at your own expense and will remain individually owned. At a later time, other interested condominiums can share it by reimbursing the share of expenses to those who originally installed it.

For example, in our case there were two steps: the first saw the connection of the box, already equipped with an electric socket, with the private meter of the apartment. The second concerned the sizing of the cables because the “standard” ones, unless the house is very recent, are usually undersized. The electrician then installed a 6 mm square cable to connect the meter and the box, strengthening the system for a single-phase wallbox with a maximum of 7.4 kW.

WHAT KIND OF WALLBOX TO CHOOSE? 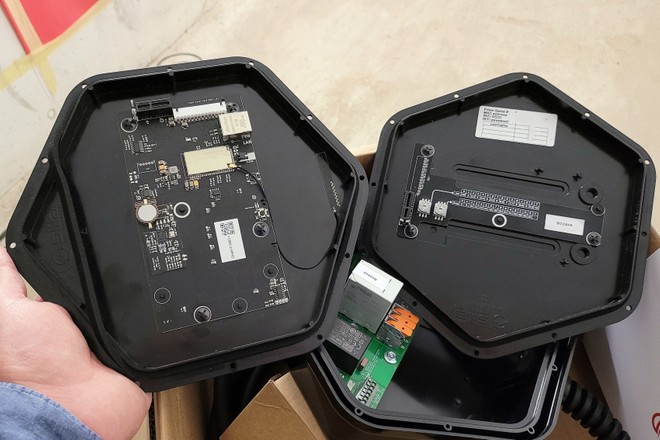 Normally a single phase wallbox is chosen which is supported by all modern cars and their integrated 6/7 kW or 11 kW charger. Changing the system to three-phase is a very high cost, so apart from exceptions, a 4.5 / 7.4 kW single-phase wallbox is always chosen as needed.

I our case, the wallbox we have chosen is Prism Basic with the Solar RFID Smart Cover: already in the basic version it is a single-phase wallbox that manages up to 7.4 kW of power depending on the line of the house, working on the classic 230 V, and is equipped with a sensor that reads the power required by the house at any time .

When this increases, sends an automatic charge suspension command to the column or power reshaping: so the meter does not jump anymore (as it happened to me the first evening when I had recharged the car in the garage at home and then I had turned on the washing machine). In our case it was installed while maintaining a meter of only 3 kW (actual 3.3 kW with the tolerance).

The difference between the Basic version and the Solar version installed here is that the latter is also equipped with a connection, so it also has an ethernet input and a WiFi module which also works as a hotspot, and is designed to monitor household consumption together with those of the garage and car and the production of photovoltaics; to switch from the first to the second just buy the Smart Cover and upgrade, even at a later time.

WHAT ARE THE COSTS? 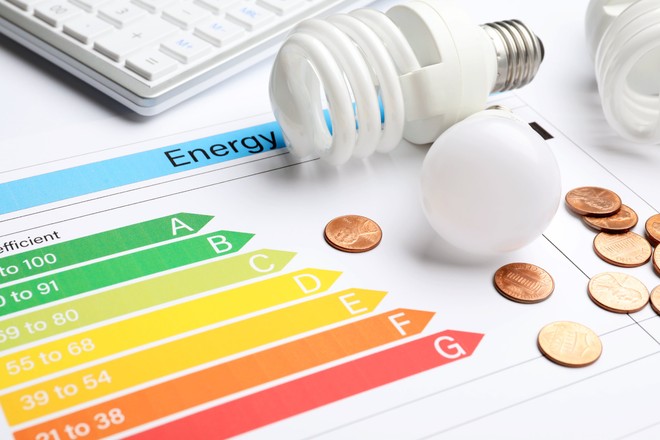 At home, the cost varies according to the contract: calculating a cost between 0.25 and 0.30 euros per kWhyou can do the calculation based on the battery size of your electric car.

Obviously the cost of home charging does not change whether you decide to use a Schuko or a wallbox, because you pay according to consumption. What changes are the charging times, which with the wallbox could be shortened a bit.

On the other hand, there is savings compared to public columns, where the price per kW can even be double, even if it drops a little with the subscriptions or packages of each operator. For example, when I was trying the ZE Electric I found home recharging so inconvenient and slow that I preferred to spend an hour connected to the columns (even free) of certain supermarkets rather than recharging it at home. However, the situation is different with a wallbox with load control: I have access to more power, the Arera experimentation allows you to have the power increase for free in the evening and I don’t have to worry about unplugging the car when the oven or washing machine is on. In this way electric mobility becomes really stress-free: I plug in and I don’t have to think about anything anymore.

Prices for a 7.4 kW wallbox start at around € 600, ours costs 790 but already has the sensor for loads. With € 395, we can upgrade it to Solar RFID connected to the internet and ready for photovoltaics, RFID cards for shared use and storage batteries. Unscrew some screws and that’s it, there is no need to call the technician again.

In addition to the cost of the wallbox, installation costs must be added which must be performed by a professional. The amount of costs depends on various parameters: how far the wallbox is from the electrical panel, how many openings in the wall must be made for the wiring, to what extent the lines must be laid. With 30 meters of cable to replace, we spent between 400 and 600 euros, but ask your electrician for a quote because costs vary from area to area.

In this regard for the installation of a wallbox it is also possible to take advantage of the incentives, which, however, instead of being disbursed at the time of purchase as for electric cars, they follow the path of the tax credit; they are assimilated to normal building renovation interventions. 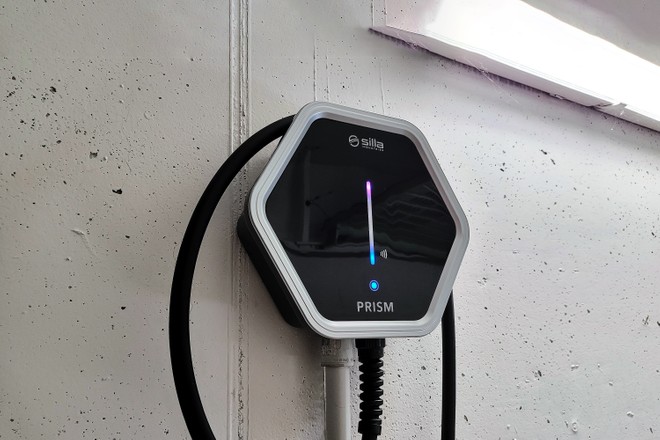 Installing a second meter may not be necessary, indeed it would be better to do without it. In this case, in fact, everything falls on a single meter which also includes other consumption, as if the car recharging were an appliance.

From this point of view, if you choose a wallbox with integrated load sensor as in our case, the “home column” will be able to understand when the house requires more energy and the power delivered to the car will automatically decrease. When the oven or washing machine is done, the wallbox it will automatically return to delivering the maximum to the car.

If, on the other hand, you live in a condominium, the situation changes because recharging in the garage is possible and it is not necessary to have a condominium resolution to do so, but installing a second meter increases fixed costs. Better find a way to connect to that of the apartmentif you can.

Furthermore it is not certain that it is necessary to increase the power of the system: if you have a small city car (or you only drive a few kilometers), the 3kW of the domestic system may also be enough, but even if not, you can generally opt for the 6kW which does not require an expensive system adaptation. For example the Prism Solar RFID is connected to the internet and compatible with the ARERA experiment which increases the power to 6kW at night and on holidays, all for free.

Monkeypox is in Bay Area wastewater