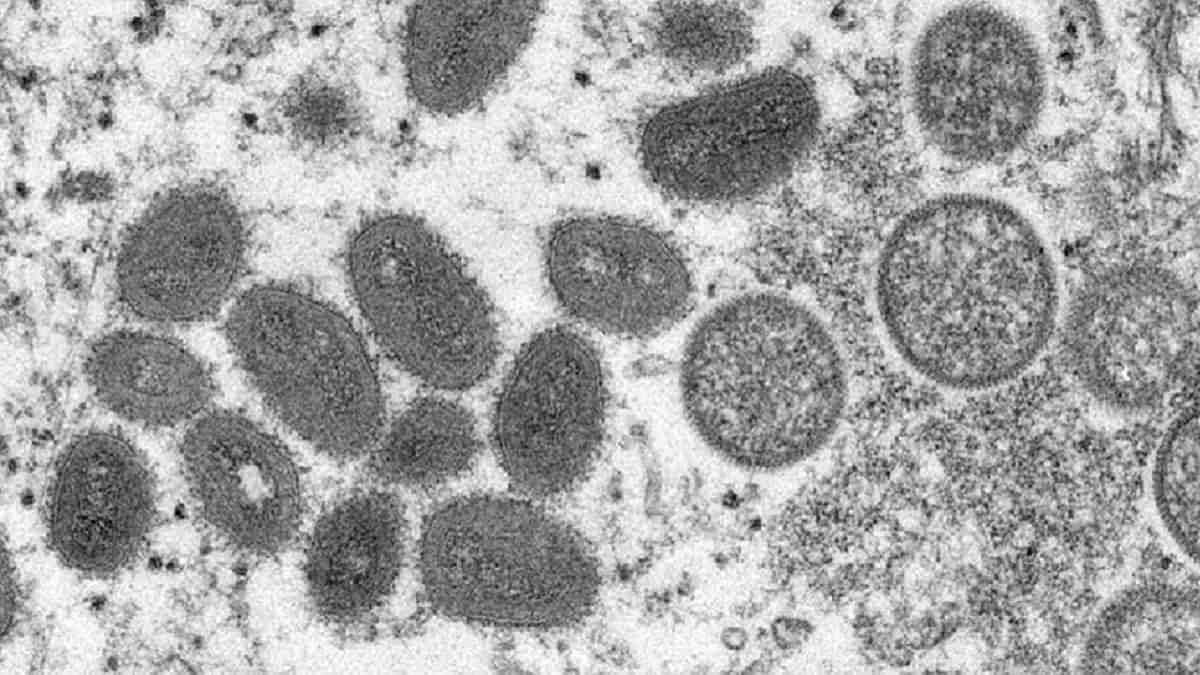 Monkeypox Virus Outbreak: A  22-year-old young man, who died in Thrissur on July 30, 2022 tested positive for monkeypox. This was confirmed by Kerala State Health Minister Veena George on August 1, 2022.

The young man, a native of Punniyoor in Thrissur, had shown monkeypox-like symptoms days after he returned from the UAE. The test of his samples were done in the UAE and the results confirmed the presence of the monkeypox virus.

Kerala State Health Minister Veena George has initiated a high-level inquiry to ascertain the cause of the death.

READ- Monkeypox Virus Outbreak: Is this the next pandemic after COVID-19? Know Similarities and Differences

Kerala State Health Minister Veena George confirmed on that the test reports of the youth were found to be positive for the viral zoonotic infection. She informed that the 22-year-old had tested positive in UAE and died in Kerala on July 30.

She informed that the youth developed abnormal jerking and had fever on July 26. He was admitted to a private hospital in Thrissur on July 28th and was moved to the ventilator. The hospital authorities informed the state health department on July 30th that he had got tested for monkeypox in UAE on July 19th and the result was positive.

The youth unfortunately passed away on the same day and as per procedure, the state sent his samples to National Institute of Virology (NIV) Alappuzha and the test results confirmed that he had monkeypox. He was also treated for Encephalitis and had altered seizures and other diseases and was given antibiotics.

The state health department has prepared a contact list and route map of the youth and all the close contacts have been advised to undergo isolation. Almost 20 people have been quarantined including three health workers, a doctor and two nurses.  The person reportedly had direct contact with only 10 people including family members and few friends.

The state health minister added saying that Monkeypox is not a fatal disease. She stated that delay in seeking treatment for the disease will be investigated upon. The state health department has called a meeting in Punnayur to probe the case.

Punnayur village, Kerala | The situation is well under control, there’s no panic here as of now. The person had direct contact with only 10 people including family members & few friends. 20 people quarantined so far: Renjini, Member, Education & Health standing committee pic.twitter.com/zqAXpgV12E

There has five confirmed Monkeypox cases in India so far, out of which three were reported in Kerala, one in Delhi and one in Andhra Pradesh.

Himachal Pradesh’s health department has also detected a person with symptoms similar to monkeypox in Solan`s Baddi. The health condition of the suspected patient is improving and he has been isolated. The patient’s samples have been sent for testing to the National Institute of Virology (NIV).

How is Monkeypox transmitted?

Monkeypox is transmitted from person-to-person through close contact. It does not get spread easily. People must have extremely close and sustained contact with an infected person to get the virus.

How does Monkeypox start?

Monkeypox typically starts with flu-like symptoms such as fever and rashes are formed 1-4 days later. The monkeypox rashes started as raised spots that slowly turn into small blisters that are either hard and round or filled with pus or fluid. These blisters eventually dry up and fall off and a fresh layer of skin is formed.

How long does monkeypox last?

Monkeypox generally lasts for about 2-4 weeks until all rashes are healed, all scabs have fallen off and fresh layer of skin has formed.

Monkeypox can spread from the time symptoms start until the rash has fully healed and a fresh layer of skin has formed. The illness typically lasts 2-4 weeks.13-Jul-2022

The central government has formed a task force to monitor Monkeypox cases in India to and provide guidance to the government to explore vaccination for the infection in the country.

This comes after a youth in Kerala died after showing monkeypox-like symptoms and later tested positive for the disease in the UAE.

Active till completion of CBT Exam