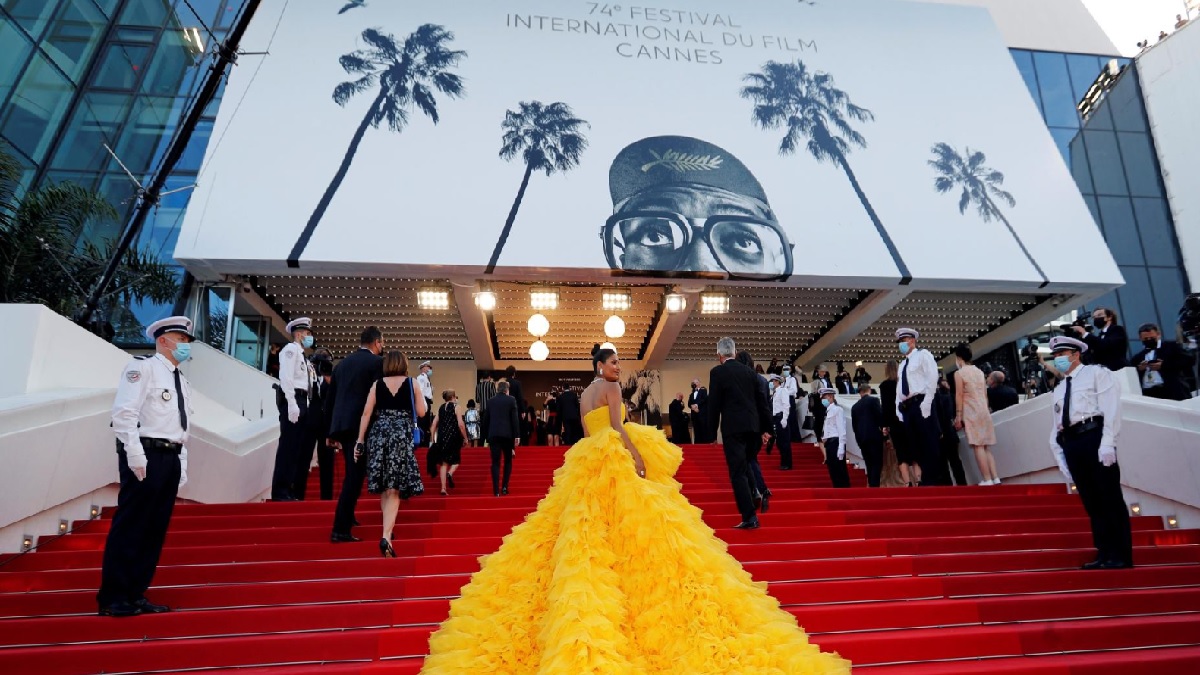 Cannes 2022: India will be the official ‘Country of Honour’ at the upcoming Marche’s Du Film which will be organized alongside the Cannes Film Festival 2022 in France. The news was shared by the Minister of Information & Broadcasting Anurag Thakur who said that it will also be the first time that such honour has been bestowed on any country.

As India celebrates its 75 years of Independence this year, it also coincides with Cannes Film Festival’s 75th anniversary.

Mache’ Du Film, one of the largest film markets and the business counterpart of the Cannes Film Festival is scheduled to take place from May 17 to May 25, 2022. Notably, a brand new restoration of Indian Cinema legend Satyajit Ray’s classic ‘Pratidwandi’ will also be presented in an exclusive screening at the movie gala.

India & France are celebrating 75 yrs of diplomatic ties. India has been officially invited as country of honour to the Cannes Film Festival. 5 startups would be pitching to audio-visual industry. R Madhavan’s film ‘Rocketry’ will have world premiere there:Union min Anurag Thakur pic.twitter.com/jMg9T25N8Y

Cannes Film Festival: Diplomatic significance of India being chosen as ‘Country of Honour’

The Union Minister of Information & Broadcasting Anurag Thakur while announcing the news said that it is also in significant diplomatic backdrop that India has been chosen as ‘Country of Honour’ at Marche’ Du Film at the Cannes Film Festival 2022.

France and India have been making 75 years of diplomatic ties and the recent PM Modi’s visit to Paris and meeting with President Emmanuel Macron take even more significance in this context.

Cannes Film Festival 2022: Movies to be screened at movie gala

As Cannes Film Festival will celebrate its 75th anniversary in 2022 with India being the country of honour, the festival will screen Satyajit Ray’s Pratidwandi in Cannes Classic Selection. The 1970 film has been restored under the National Film Heritage Mission which is a project undertaken by the Ministry of Information & Broadcasting.

Apart from Pratidwandi, Hollywood Classic Singin’ In The Rain, will also be presented in a brand new 4k fashion at the Cannes Classic Selection.

Indian film Thamp will have its Restoration World Premier at the movie gala. It is a 1978 Aravindam Govindan directorial.

Cannes 2022: Deepika Padukone to be a part of jury at film festival

Bollywood Star Deepika Padukone has been announced as part of the competition jury of the Cannes Film Festival 2022. She will be honouring the position along with other prestigious names such as Iranian Filmmaker Asghar Farhadi and actor-filmmaker Rebecca Hall.

Cannes Film Festival 2022 is an upcoming film festival which is scheduled to take place from May 17 to May 28, 2022. It is an annual film festival that is held in Cannes, France and which previews the new films of all genres, including documentaries from all around the world.