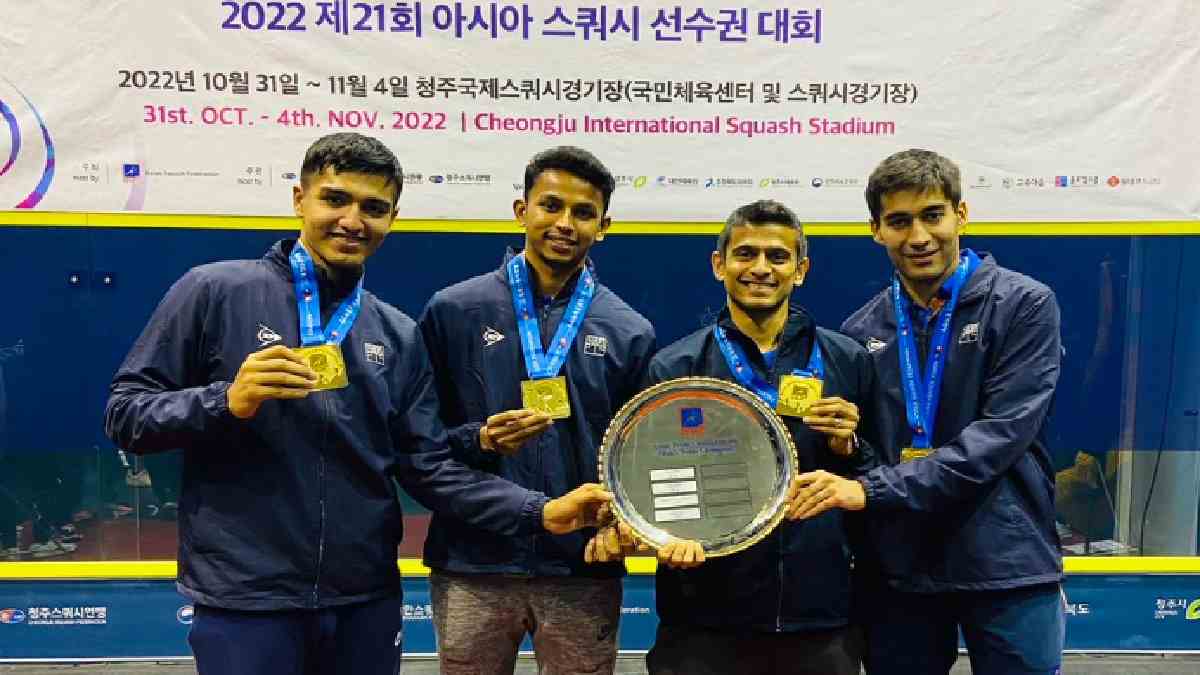 Asian Test Championship: The Indian Men’s team, led by the seasoned Saurav Ghosal, has won its first-ever Gold Medal at the Asian Squash Test Championships with s 2-0 win over Kuwait in the finals.

Saurav Ghosal sealed the victory after Ramit Tandon gave India the lead with fluent straight games wins over Ali Aramezi. Ghosal then made short work of Ammar Altamimi to give the team an unassailable lead. The third match between Falah Mohammad and Abhay Singh was not played as the tie had been decided following the wins for Ghosal and Tandon.

Asian Men’s Team Champions for the first time ever!!!

Great effort by the whole team through the entire week. Amazing day for @indiansquash with hopefully, a lot more to come in the future! pic.twitter.com/X0F4rUZ1lz

Having finished with the Silver medal on two previous occasions, the Indian Men, seeded one, justified their billing and emerged victorious with a dominant performance.

The team topped Pool A with an all-win record, recording victories over Pakistan, Qatar, Kuwait, South Korea, and Chinese Taipei 3-0 before edging out Malaysia 2-1 in the Semifinals.

The Women’s Squash Team had to settle for the Bronze Medal after losing 1-2 to Malaysia in the Semi-Finals. The women’s Indian Team finished second in Pool B with two wins and a loss.

The women’s team beat Iran and Singapore 3-0 before going down 0-3 to Hong Kong in the preliminary phase.

The Asian Team Championships are an international squash competition that is played between teams representing different nations. It is organized by the Asian Squash Federation.

The countries enter teams of three or four players to represent them in the Championships. In each round of the competition, teams face each other in a best-of-three single matches contest. Each competition is held once every two years since 1984, except for the 2020 edition which was postponed because of the COVID-19 pandemic.

XAT 2023 Registration Deadline Extended Till Dec 11, Here’s how to Apply