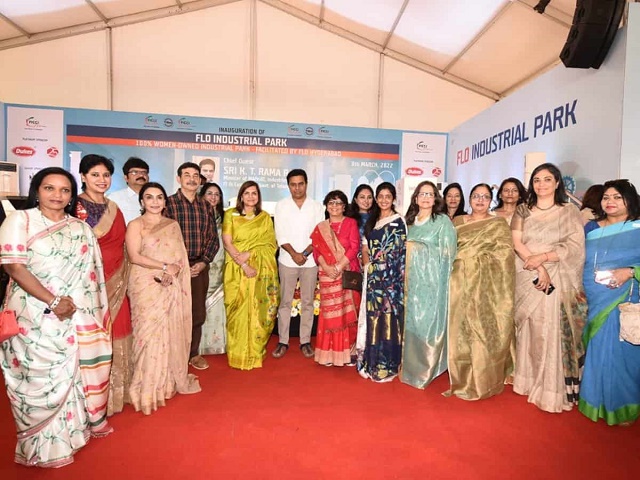 The industrial park has begun its operations with 25 women-owned and operated Green Projects It is called the FLO Industrial Park, as it is promoted by FICCI Ladies Organization (FLO) in partnership with the Telangana government.

The opening of the park has garnered vast amount of attention from women entrepreneurs who are interested in operating their business from the location.

The FLO Industrial park that stretches across 50 acres has been built with an investment of Rs 250 crore. It is a flagship project that is the first-of-its-kind in India. The participation is open to chapter members and national members of FLO.

FLO National Governing body member Jyotsana Angara said, “This manufacturing unit is pretty innovative product base. In this park, we have brought in 250 crore of investment.”

The Minister has promised another 100 acres for the expansion of FLO women industrial park, which will be subject to the park focus on novel products. He has also offered additional 10 percent subsidy for women entrepreneurs.

FLO is the women’s wing of the Federation of Indian Chambers of Commerce and Industry (FICCI), which is the top body of industry and commerce in India.

The full form of FLO is FICCI Ladies Organization (FLO). It was established in 1983. Its members include professionals, corporate executives and entrepreneurs.