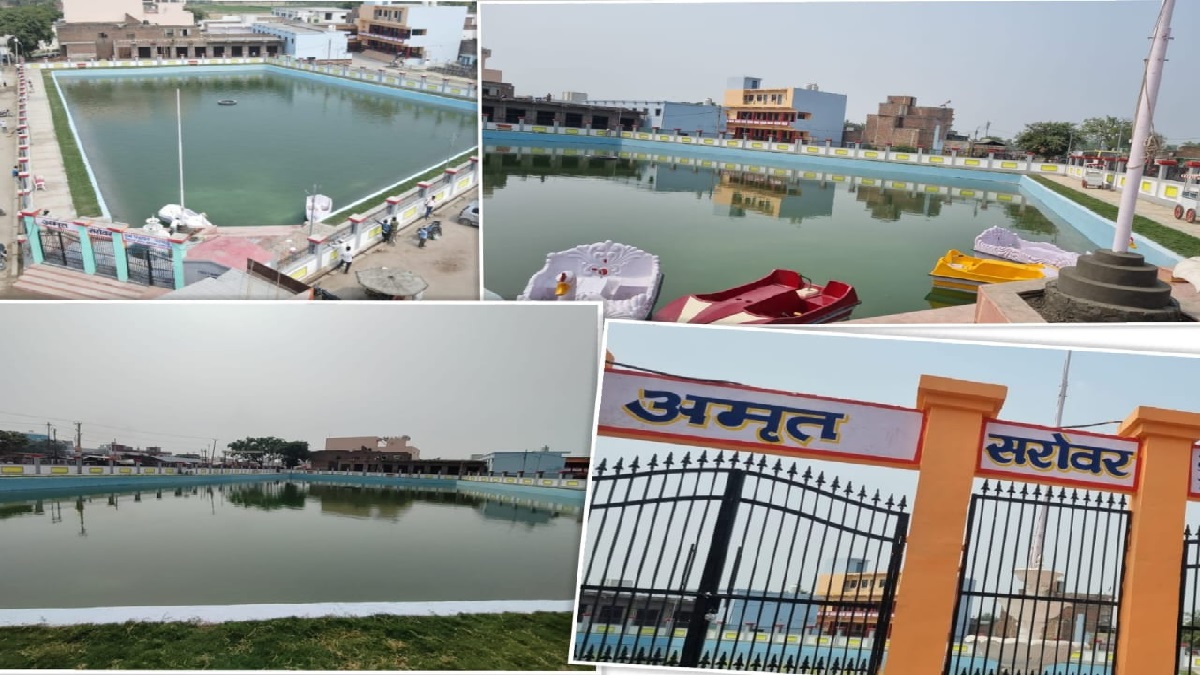 India’s first Amrit Sarovar in UP

Prime Minister Modi referred to a local pond in Shahabad’s Patwai areas of Rampur in Uttar Pradesh being transformed into a Amrit Sarovar. The name by given by Prime Minister to an initiative that seeks to focus on the need for water conservation, among other things.

The Uttar Pradesh Government, as part of the initiative, also decided to come up with at least 1,000 such ‘Amrit Sarovars’ across the state in the first phase.

Reportedly, the transformation of pond in Rampur started in January 2022 and subsequently through the coordinated efforts retaining wall, food court, and availability of paddle boats were ensured.

Amrit Sarovar in UP: Significance

India’s first Amrit Sarovar in Rampur, Uttar Pradesh will not only help in protecting the environment and conserving water but will also be an attraction for the people of nearby states.

75 Amrit Sarovars in each district

As part of Azadi ka Amrit Mahotsav (75 years of India’s Independence), each district will have 75 Amrit Sarovars or ponds. As part of 1,000 Amrit sarovars across the state, Rampur has already taken the lead in this direction where one Sarovar has come up and another one is coming up on 1.67 hectares of land.

Congress Debates Big Reform With Way Out For Gandhis, Others: 10 Points

RBI may raise policy rates by 75 bps cumulatively in next 2 reviews: SBI Research