International Space Station: the latest updates on the loss of Soyuz MS-22

At 1:45 am on December 15, 2022 (Italian time), a loss was recognized for the first time deriving from the Russian spacecraft Soyuz MS-22 currently docked at International Space Station to the Rassvet form. This is an anomalous and particularly serious situation even if, it should be specified, at present the crew on board the ISS he is not in immediate danger and therefore there is no emergency evacuation or other procedure “extreme”.

The situation is being analyzed both by the ground controllers of Roscosmos than from those of the NASA to look for the best strategy to solve the problem and understand if the Soyuz MS-22 it will be able to be used for the safe return of Frank Rubio (NASA), Sergey Prokopyev (Roscosmos) and Dmitri Petelin (Roscosmos) who departed from the Baikonur Cosmodrome on September 21 and are expected to use the spacecraft again in March 2023. Here is what we know.

The International Space Station and the failure of Soyuz MS-22

After locating a lost Of coolant from the Soyuz MS-22 spacecraft an attempt has been made to understand the origin and cause of the fault. There lost it stopped only when the liquid inside the circuit was finished and it was therefore not possible to intervene directly. This also led to changes in the planning of two extravehicular activities (EVA) by both the Russian and US sides. In particular, the latter has been postponed from December 19 to December 21 (where new iROSA solar panels will be installed). 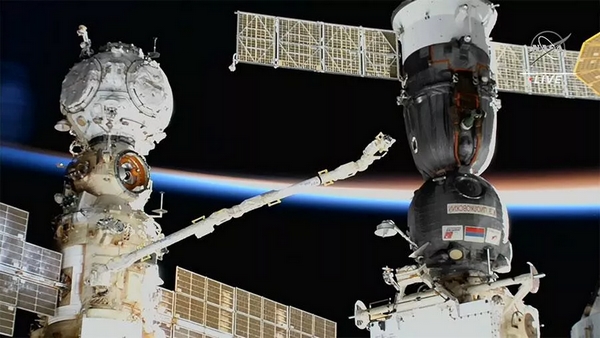 An initial analysis was conducted in recent days by Anna Kikina (Roscosmos) taking advantage of the European robotic arm ERA while the Canadarm2 robotic arm which should allow you to get closer to the damaged area (being 17.6 meters long against the 11 meters of ERA). According to Viktor Voropaev (chief engineer at Keldysh Institute) the most likely cause could be the impact of a micrometeorite but, currently, it is still speculation and nothing certain (damage of that type could also originate from space debris).

At 9:08 on Friday the Russian space agency successfully tested the engines of the Soyuz MS-22 capsule (still linked to International Space Station). Roscosmos he also specified that the humidity and temperature values ​​inside the spacecraft were within the norm and instead there was no increase previously, which had instead been reported by a Russian press agency (where it was said that the temperature had reached 50°C). 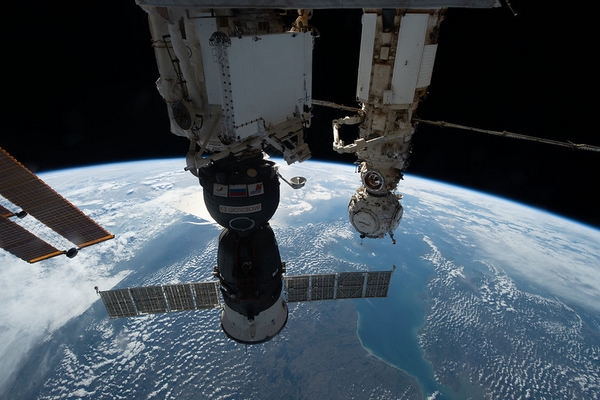 The TASS news agency has reported that after a depressurization test inside the capsule the temperature (although it was not outside the limits) was further reduced. Yesterday the internal temperature fluctuated between 28°C and 30°C, still within the limits (although higher than normal). The cooling circuit is important not only for the internal temperature related to the crew but also for the avionics. Without a functioning flight computer it may be necessary to perform a manual landing, possible (astronauts are trained for this eventuality) but usually not preferred as it is less precise than the instrumental-automated one.

For example, safety strategies do not envisage the use of a Crew Dragon for the return of a greater number of astronauts than initially envisaged (even if the SpaceX capsule can carry up to seven). In fact, both the seats and the space suits would be missing. Even preparing a new spacecraft (whether US or Russian) takes at least a few weeks. For this reason, the strategy currently involves understanding what the damage is and what the future implications could be.

Apple's AirPods Pro are back on sale for $200

Tags: International Space Station: the latest updates on the loss of Soyuz MS-22