iPhone with USB-C, Apple confirms: it will comply with EU regulations

In the end, the moment has really come and, against all previous expectations, Apple is preparing to move to the USB-C port also on iPhone. If until yesterday this was only a hypothesis made plausible by the turning point made by Europe and its new regulation on the single charger, today the confirmation comes directly from the Cupertino company.

During the Wall Street Journal’s Tech Live event, Apple’s VP of Worldwide Marketing, Greg Joswiakhas confirmed that the company will comply with the legislation and that it will bring the USB-C port on the iPhone and on all other devices that still use the lightning port (including mice and keyboards), in order to be in line with the new rules imposed by Europe.

USB-C OR NO PORTS? FOR NOW APPLE HAS LOST THE CHALLENGE 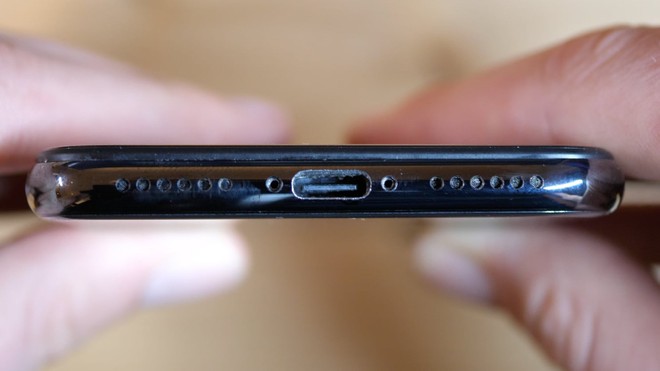 Although the EU legislation does not explicitly target Apple, but is also designed to eliminate those remnants of microUSB that we still find today on newly launched products, it is undeniable that the Cupertino house is the company that will feel the impact of the change the most.

Yes, because, if it was not clear, Apple has deliberately delayed the adoption of the USB-C connector on the iPhone until the end because the path it intended to take was very different and pointed directly towards a future completely without ports, an eventuality that however to date it is actually impractical, especially if you want to bring to the market a solution that is not rushed and imperfect.

Apple has been studying for some time the way to make iPhone completely independent from cables – just think of the recovery via OTA sight in early 2020 on a beta of iOS 13.4 – and the effort on the MagSafe ecosystem is a strong indicator of how seriously the company has intention to focus on this path, however the time is not yet ripe.

So we found ourselves at the point where, for once, Europe has moved faster (or less slowly) than progress and has managed to impose a change that at this point will force Apple to adjust, at least for a few years. The removal of the lightning port, in fact, will lead to a serious setback of all revenues generated by the sale of accessories with Made for iPhone certificationshowever, it is plausible to imagine that the company wants return soon to ride the wave of this market very profitable, which in the future can be pushed forward by the birth of accessories capable of expanding the functionality of a possible iPhone without ports.

See also  The Merge is Ethereum’s chance to take over Bitcoin, researcher says

The possibility of a smartphone completely devoid of connectors it has no real benefit to the end user, far from it. In any case, this is an eventuality with which sooner or later you will be called to have to deal (and not only with Apple), but in the meantime it is USB-C will likely remain for at least a few generations on the company’s smartphones. Surely we don’t expect another 10 years with this portnot least because Apple does not derive any real benefit from adopting the connector standardbut for the moment the victory is for the consumers.

Leaked data from TheTruthSpy stalkerware network reveals its Android apps tracked the calls, locations, and other information of hundreds of thousands of people (Zack Whittaker/TechCrunch)

A Beer Run in Qatar, and an Oasis That Isn’t Open to All