Know Causes and What happened after! 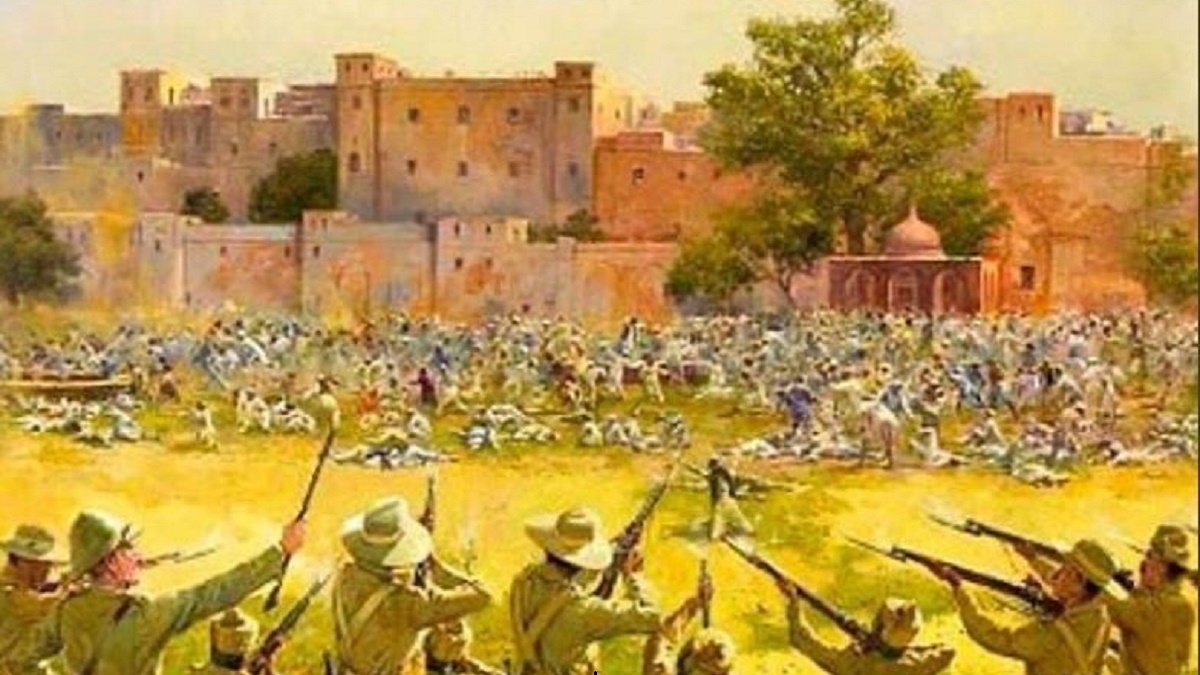 The Jallianwala Bagh massacre completed 103 years on April 13, 2022. The gruesome tragedy took place on April 13, 1919, when British General R. E. H. Dyer ordered his troops to open fire at a large group of unarmed protestors at the Jallianwala Bagh in Punjab, killing hundreds of people and injuring over 1000. The General had ordered his troops to surround the protestors, blocking the only exit out of the garden. The troops continued to shoot at the protestors even as they tried to flee till their ammunition had exhausted.

Jallianwala Bagh massacre was the ”darkest day” in Indian history and a key turning point in India’s independence movement, helping to consolidate the support and the push needed to break free from British rule. Prime Minister Narendra Modi paid tributes to those martyred in Jallianwala Bagh massacre on this day in 1919. He said, “their unparalleled courage and sacrifice will keep motivating the coming generations.”

Tributes to those martyred in Jallianwala Bagh on this day in 1919. Their unparalleled courage and sacrifice will keep motivating the coming generations. Sharing my speech at the inauguration of the renovated complex of Jallianwala Bagh Smarak last year. https://t.co/zjqdqoD0q2

What happened in Jallianwala Bagh?

On April 13, 1919, many villagers gathered at the Jallianwala Bagh to celebrate Baisakh and peacefully protest against the arrest and deportation of two popular leaders of the Indian Independence Movement, Satyapal and Saifuddin Kitchlew.

General Dyer, acting military commander for Amritsar had ordered a ban on all processions and public meetings that day after being convinced that a major insurrection could take place. However, the notice of the ban was not widely disseminated.

Almost thousands of Indians had gathered at the Jallianwala Bagh by afternoon that day. The Bagh could only be exited on one side, as it was surrounded on all sides by at least 10 feet high walls. The area had a cremation site in the centre and a large well partly filled with water.

General Dyer arrived at the Bagh at around 5.30 with a group of 50 troops and two armoured cars with machine guns but the vehicles could not enter the compound. He ordered his troops to block the main entrance and without any warning ordered them to begin shooting towards the densest section of the crowd.

The firing continued till the troops exhausted their ammunition, killing thousands of unarmed civilians including men, women, the elderly and children. While many died directly from the shooting, others were crushed in the stampede or jumped into the large well to escape the shooting.

Who is responsible for Jallianwala Bagh?

General Reginald Dyer is responsible for the Jallianwala Bagh massacre, also known as the Amritsar massacre. He stated later that the act “was not to disperse the public meeting but to punish the Indians for disobedience.”

What happened after Jallianwala Bagh Incident?

General Dyer stated in a report the following day, “I have heard that between 200 and 300 of the crowd were killed. My party fired 1,650 rounds”.

See also  How to Check Marks Online, via SMS, at DigiLocker

The massacre caused a re-evaluation by the British Army of its military role against civilians to “minimal force whenever possible”. The army was retrained and developed less violent tactics for crowd control.

The level of casual brutality and gruesomeness stunned the entire nation, resulting in a loss of faith of the public in the intentions of the British. This fueled anger among the public against the British Raj and led to the first large-scale non-cooperation movement in 1920-22 led by Mahatma Gandhi.

Some historians see the Jalianwala Bagh incident as a tragedy that marked a decisive step towards the end of the British Raj in India. The incident caused many moderate Indians to abandon their previous loyalty to the British and become nationalists distrustful of British rule.

While superiors of General Dyer approved his move, the then British Secretary of State for War Winston Churchill and former Prime Minister H. H. Asquith, openly condemned the attack. Winston Churchill referred to it as “unutterably monstrous”, while Asquith called it “one of the worst, most dreadful, outrages in the whole of our history”.

While the British never formally apologised for the massacre but expressed “deep regret” in 2019. The British Monarch, Queen Elizabeth II called the tragedy distressing.