Russia could encircle Severodonetsk within days and plans to “completely cut off” the key eastern city, according to Ukrainian military officials, who warn that Russia has pushed Ukrainian forces back from the center of the city.

Here are the latest headlines on the war in Ukraine:

The battle for Luhansk: The Luhansk region in eastern Ukraine is at the epicenter of the conflict with much of the area already under Russian control. The focus of the fighting is on the twin cities of Severodonetsk and Lysychansk.

Russia has pushed Ukrainian forces back from the center of Severodonetsk, the Armed Forces of Ukraine (AFU) said Monday morning. 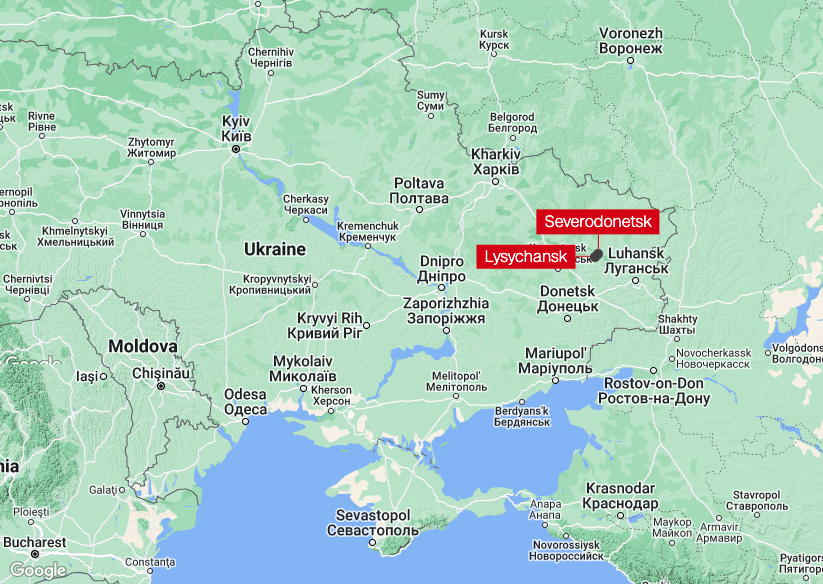 “The enemy, with the support of artillery, carried out assault operations in the city of Severodonetsk, had partial success, pushed our units away from the city center, and hostilities continue,” said the AFU.

Russia was seeing success “due to a significant advantage in artillery,” said Serhiy Hayday, head of the Luhansk region military administration, via Telegram.

Amnesty accuses Russia of war crimes in Kharkiv: Amnesty International has accused Russia of war crimes during its efforts to capture the north-eastern Ukrainian city of Kharkiv. In a new 40-page report, Amnesty has documented the alleged use of cluster munitions and other indiscriminate means of attack. The United Nations Convention on Cluster Munitions, which came into force in 2010, bans the use of cluster munitions. Russia is not party to the treaty (neither is the United States).

The cargo ship Alppila, carrying the corn, arrived at Spain’s port of A Coruña before dawn on Monday and is due to be unloaded by Tuesday, the port’s press office told CNN. Russia’s war in Ukraine could push up to 49 million people into famine or famine-like conditions because of its devastating impact on global food supply and prices, and countries are scrambling to find a way around the blockade. On Sunday, a Ukrainian government official told Reuters Ukraine has identified alternate routes to export grain stores.

A Catch-Up With Ram Charan And Venkatesh