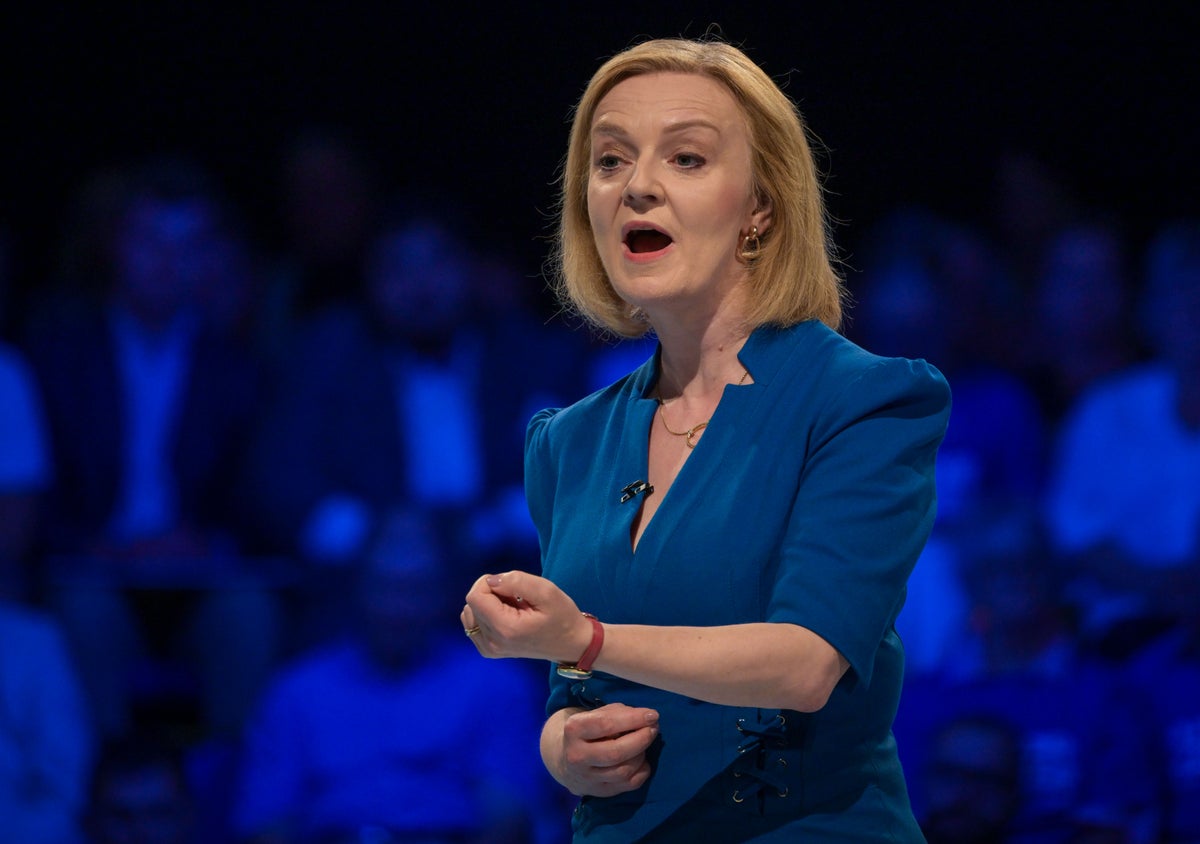 Conservative leadership contender Liz Truss has dumped plans to cut the pay of public sector workers outside London and the south east after a massive backlash against the policy from Tory MPs.

Critics within her own party accused the foreign secretary of planning to make millions of nurses, police officers and teachers poorer.

Conservative Tees Valley mayor Ben Houchen, who is backing Ms Truss’s opponent Rishi Sunak, said he was “actually speechless” at her pitch to party members choosing the next prime minister.

The proposal was a “ticking time bomb” that risked costing the party the next general election, he said.

“What if this sort of basic error was made during an election campaign? 2017 all over again,” he said. “Poor judgement, lack of detail & a gift to Labour. I hope we see a full u-tun and this policy abandoned”.

The U-turn, barely 12 hours after she announced the plans, is a blow to Ms Truss, widely seen as the frontrunner to replace Boris Johnson.

The policy, for regional pay boards to set wages in line with the local cost of living, had been announced as part of plans for a “war on Whitehall waste” that would save the exchequer billions of pounds.

But within hours Ms Truss was facing a furious reaction from Tory MPs from across different parts of England.

Richard Holden, a member of the 2019 intake of Tory MPs and another Sunak backer, said Ms Truss must immediately scrap the plans that he claimed would “kill” the government’s levelling up agenda.

Steve Double – a Tory MP and Sunak supporter – added: “This is a terrible idea and would be hugely damaging to public services in Cornwall. This is levelling down not up.”

As they announced the U-turn, Ms Truss’s campaign claimed there had been “a wilful misrepresentation” of the proposals.

A spokeswoman said. “Current levels of public sector pay will absolutely be maintained. Anything to suggest otherwise is simply wrong. Our hard-working frontline staff are the bedrock of society.”

But they added: “There will be no proposal taken forward on regional pay boards for civil servants or public sector workers.”

The move has also provoked an angry reaction from unions. The general secretary of Prospect, Mike Clancy, accused Ms Truss of planning “more of the same economically illiterate and insulting ideological nonsense this government has been churning out in recent years”.

Dave Penman, the general secretary of the FDA union, which represents senior civil servants, said: “As the government faces the huge challenges posed by a new war on mainland Europe and recovering from Covid backlogs, what we need from a prime minister is solutions for the 21st century, not recycled failed policies and tired rhetoric from the 1980s.”

Labour also said the idea would sound the death-knell for the government’s ‘levelling up’ agenda, instead widening the regional income gap and creating a race to the bottom on public sector pay.

Andy Burnham, the Labour mayor of Greater Manchester, also warned: “If this is a serious policy, we will fight it tooth and nail”.

Jacob Rees-Mogg, a Truss supporter, told on Sky News the discussion around the policy was centred on civil servants and it was “not the plan at the moment” to cut pay for the rest of the public sector.

However, the announcement sent out by Ms Truss’s campaign made clear that the proposed savings would be achieved if the policy was applied to all public sector pay.