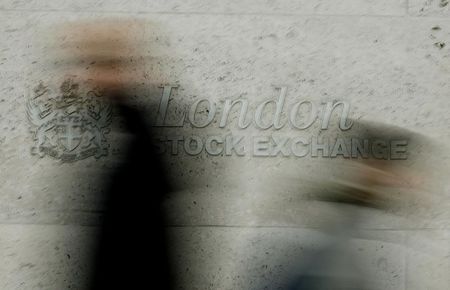 The Russia GDR Index, which tracks London-traded Russian companies, has plunged 98% in two weeks. The slump has wiped $572 billion from the market value of 23 stocks, including Gazprom (MCX:) PJSC (LON:), Sberbank of Russia PJSC (LON:) and Rosneft PJSC (LON:), according to Bloomberg calculations.

The Dow Jones Russia GDR (LON:) gauge, which tracks 11 of the largest Russian companies listed in London, fell as much as 81% Wednesday, taking a decline since Feb. 16 to 98%.

Europe is carving up Sberbank’s business in the region after sanctions sparked by President Vladimir Putin’s invasion of Ukraine prompted a run on its local deposits. Meanwhile, European energy companies are distancing themselves from Gazprom, with Shell Plc (LON:) and Italy’s Eni SpA (LON:) ending joint ventures.

With the Russian central bank taking the unusual step of closing stock trading on the Moscow exchange, the movement in shares of Russian firms listed elsewhere is an indication of how local equities may react to the sanctions once it eventually resumes. The three-day shuttering of stock trading is the longest closure for extraordinary circumstances since October 1998, according to the bourse.

The exodus out of Russian equities listed abroad may continue, with equity index operator Stoxx planning to drop 61 Russian companies from its indexes on March 18. MSCI is reviewing similar plans.