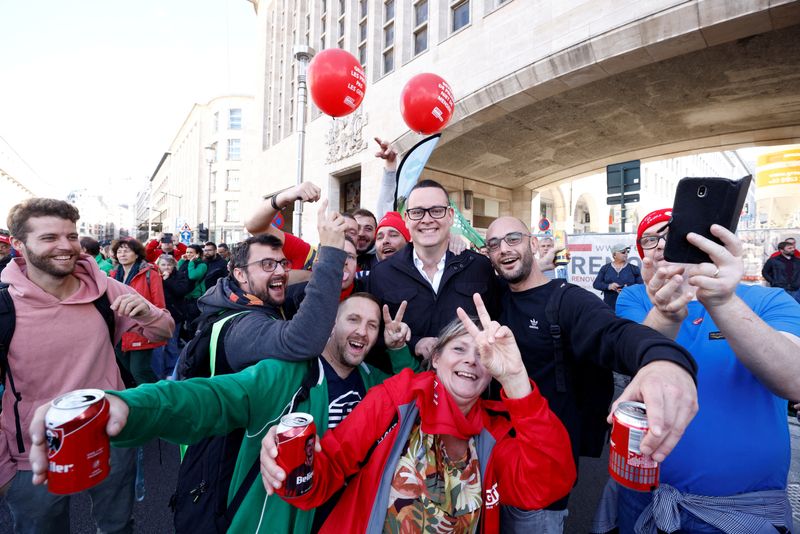 © Reuters. FILE PHOTO: President of the Workers’ Party of Belgium Raoul Hedebouw takes part in a demonstration against the rising cost of living, in Brussels, Belgium September 21, 2022. REUTERS/Yves Herman

(Reuters) – More than a million Belgians will get automatic pay rises of around 11% in January, the most in half a century, to keep pay in line with inflation, HR services providers SD Worx and Acerta said on Friday.

Inflation in Belgium was 10.35% in December, marking a fourth consecutive month of double-digit inflation in the country, the Belgian statistics office said.

Under an indexing system, which is also in place in neighbouring Luxembourg, the wages of all Belgian workers are linked to inflation by law, which protects their purchasing power, but can put employers under pressure.

How the wage indexation is calculated depends on the sector but people whose pay is re-calculated annually on Jan. 1 – 1 million employees – can expect an automatic pay rise of between 10.96% and 11.19%.

Inflation has since eased as petrol and diesel prices fell and government policies lowered electricity prices.

Public Bitcoin mining companies plagued with $4B of collective debt

FantaSanremo has become a big thing