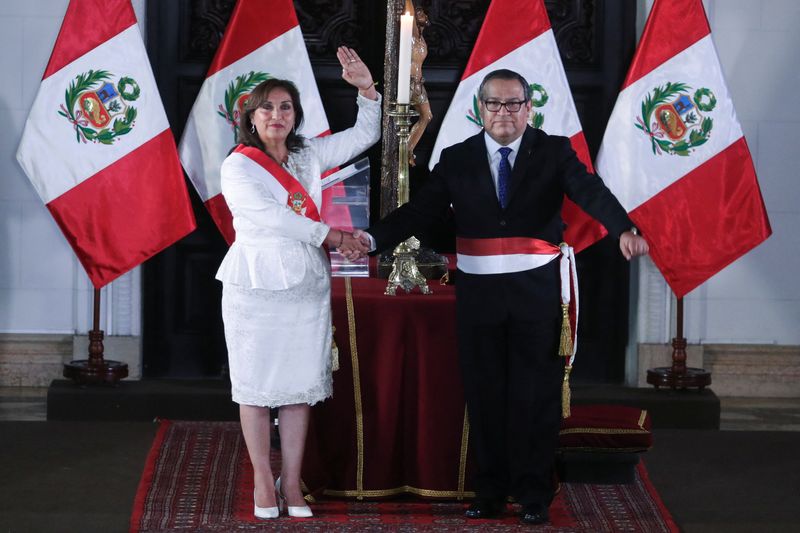 LIMA (Reuters) -Peru President Dina Boluarte announced a handful of Cabinet reshuffles on Wednesday, including a new prime minister, though she opted to keep other key figures on, amid ongoing protests in the country following the impeachment of her predecessor.

Lawyer Alberto Otarola was named as the new prime minister, alongside a new minister of defense and a new interior minister.

However, Alex Contreras was kept on as economy minister and Oscar Vera will stay on as the minister of energy and mines.

The changes were announced at a swearing-in ceremony at the governmental palace.

Women now make up half of the 18-member Cabinet led by Boluarte, who is Peru’s first female president.

The partial reshuffle came days after the resignation of two ministers over the handling of protests that have left at least 21 dead and hundreds injured over the last two weeks.

See also  The Grim Origins of an Ominous Methane Surge

FTX Has Over $1 Billion in Cash Assets, New Management Tells Creditors By DailyCoin