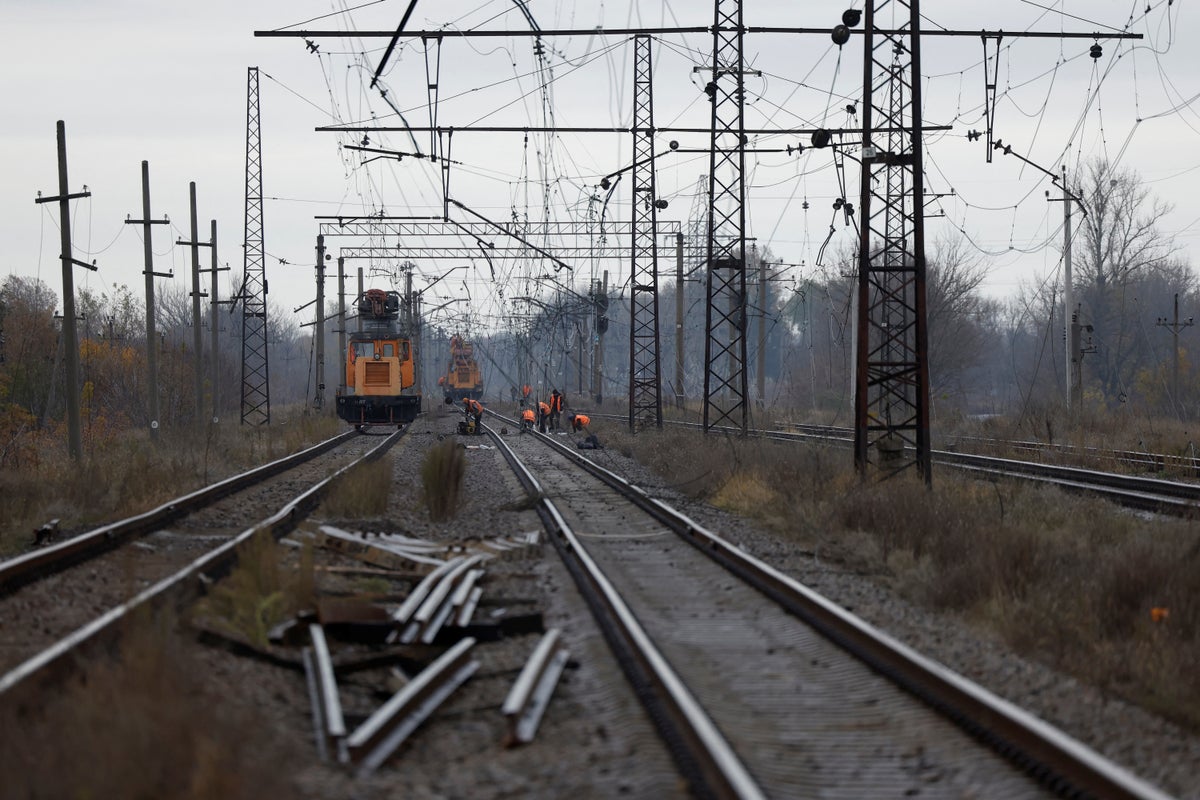 Vladimir Putin will be “increasingly concerned” about the potential threat from anti-war saboteurs within Russia, according to UK intelligence.

He mainly sends troops to Ukraine – where a bitter conflict has been raging since Russia invaded eight months ago – using an expansive rail network, the British government said.

“The system is extremely challenging to secure against physical threats,” its latest update on the Ukraine war said.

“The Russian leadership will be increasingly concerned that even a small group of citizens has been sufficiently opposed to the conflict to resort to physical sabotage.”

The rail network that Russia largely relies on to get troops to Ukraine extends over 33,000km and largely transits isolated areas, the UK defence ministry added.

It comes after a Russian anti-war group called Stop the Wagons (STW) claimed responsibility for an explosion on the rail network this week.

On Monday, the governor of the Belgorod region said a device had damaged a stretch of the main rail line between Russia and southern Belarus. The exposion happened around 15km from the border.

“This is at least the sixth incident of sabotage against Russian railway infrastructure claimed by STW since June,” the British defence ministry said on Wednesday.

“This is part of a wider trend of dissident attacks against railways in both Russian and Belarus.”

Hundreds were arrested in anti-war protests in Russia last month after Mr Putin moved to enlist civilians to the army.

Over in Ukraine, Volodymyr Zelenskiy has reiterated a pledge to retake the city of Kherson, which has been in Russian hands since the early days of the invasion and whose loss of would be a big setback for Mr Putin.

On Wednesday, a senior Ukrainian official said Russian forces were digging in for the “heaviest of battles” in the strategic southern region as they prepared to defend the largest city under its control from a counter-offensive.

No, Tucker Carlson Did Not Promote 'Q-Anon,' Whatever That Even Is

Over 2 million people under boil water notice in Houston

Who Is Clarence Gilyard Jr? 5 Things On The ‘Top Gun’ Star Who Died – Hollywood Life