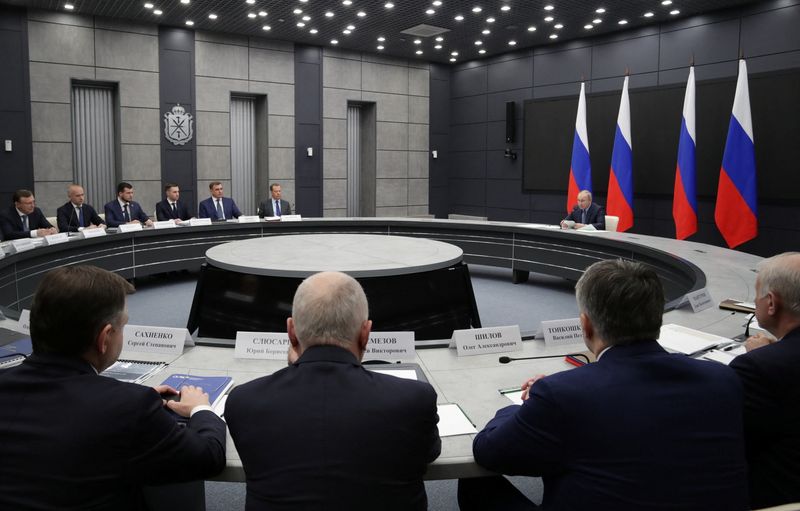 (Reuters) – President Vladimir Putin on Friday told Russia’s defence industry chiefs to up their game to ensure that the Russian army quickly got all the weapons, equipment and military hardware it needed to fight in Ukraine.

Putin, who has cast Russia’s war in Ukraine as part of an historic effort to push back against what he says is excessive Western influence over global affairs, made the comments during a visit to Tula, a centre for arms manufacturing.

“The most important key task of our military-industrial complex is to provide our units and frontline forces with everything they need: weapons, equipment, ammunition, and gear in the necessary quantities and of the right quality in the shortest possible timeframes,” said Putin.

“It’s also important to perfect and significantly improve the technical characteristics of weapons and equipment for our fighters based on the combat experience we have gained.”

Putin said this week that the Russian army had to learn from and fix the problems it had suffered from in Ukraine, promising to give it whatever it needed to prosecute a war nearing the end of its 10th month.

See also  Blockchain Can Spark the Next Evolution of AI

Since tens of thousands of Russian troops swept into Ukraine on Feb. 24 in what Putin called “a special military operation”, Moscow has ceded around half of the territory it initially seized.

It has lost or abandoned significant quantities of military hardware, and, according to U.S. officials, suffered tens of thousands of fatalities.

Putin has conceded that a mobilisation campaign to add around 300,000 troops did not go to plan and has ordered shortfalls, which have sometimes included a lack of basic equipment and training, to be urgently addressed.

Russia still controls a significant chunk of Ukraine however, and Putin has said that Moscow will prevail despite fierce Ukrainian resistance and Kyiv receiving billions of dollars of Western weapons along with military intelligence and other help.

He declared this week that the state would ensure the army’s needs were met, with “no funding restrictions”, but said there was no need to “militarise” the economy.

On Friday, he told defence industry chiefs he wanted to hear their proposals on how to iron out unspecified problems and wanted defence industry specialists to work directly with frontline forces to refine weapons and hardware on a regular basis.

The defence industry is under pressure to deliver.

A trade union leader in the Urals region told the TASS news agency last week that companies involved in defence orders there had moved to a six-day week with workers on shifts of up to 12 hours.

Defence Minister Sergei Shoigu on Friday visited the Kalashnikov arms factory in Izhevsk and told its director that the state would “significantly increase” orders from the plant next year, the Zvezda military news channel said.

Why Crypto Investors Are Upbeat On MATIC For 2023