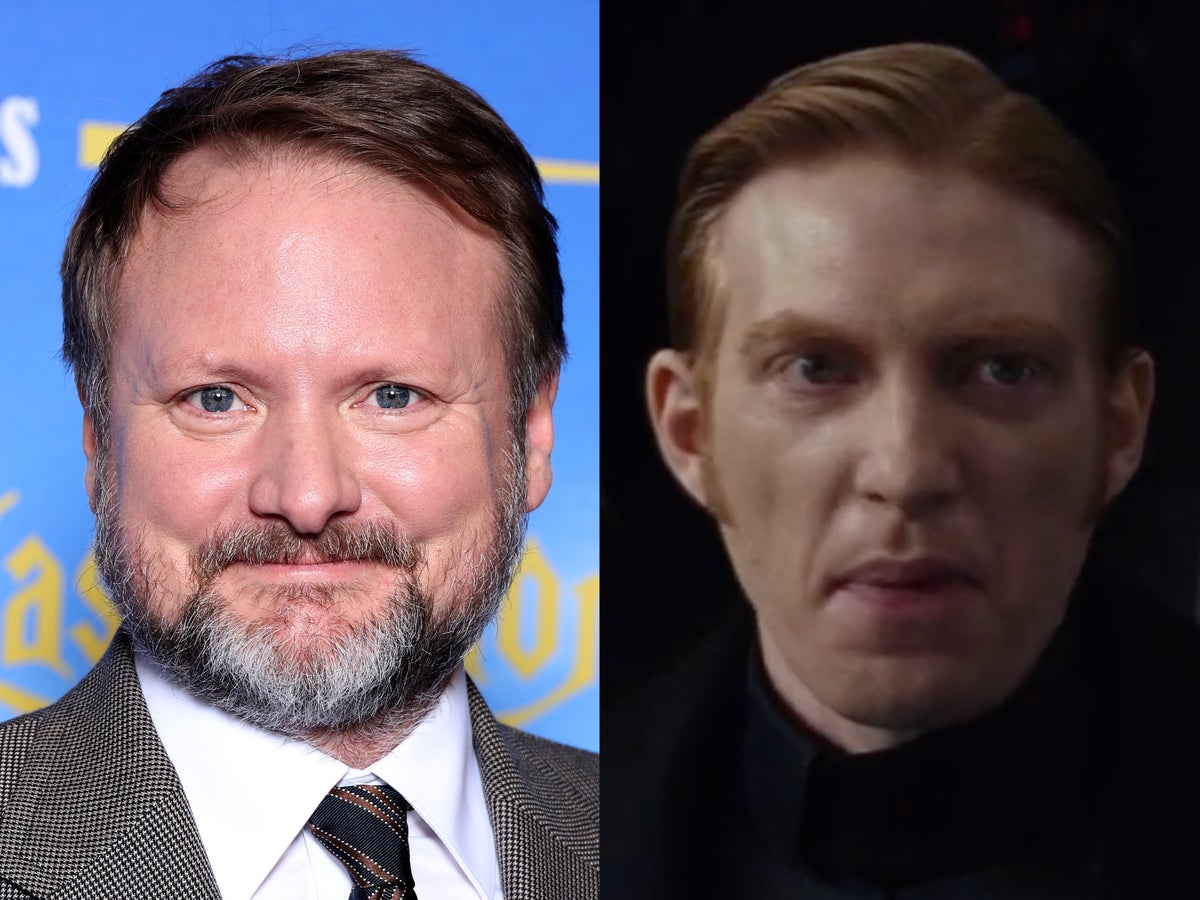 Get our The Life Cinematic email for free

Rian Johnson has defended Star Wars: The Last Jedi from one popular criticism.

The director took over the reins of the franchise after JJ Abrams’ The Force Awakens and, while the film has a fervent fanbase, and was critically acclaimed, there is a contingent of diehard Star Wars fans who stand by their dislike of it.

Johnson has repeatedly had to field criticism since its 2017 release, and he’s done so again while discussing the film in a new interview.

The director, whose Knives Out sequel, Glass Onion, is released on Netflix on Friday (23 December), has defended his use of comedy in The Last Jedi.

One scene in the film sees General Hux (Domhnall Gleeson) attempting to frighten Po Dameron (Oscar Isaac) by telling him over an intercom he is “doomed”. However, after a pause, Po quips: “OK, I’ll hold.”

While Star Wars purists found this scene to have no place in the franchise, Johnson has disagreed, calling it “essentially Star Wars”.

He continued: “I know there are Star Wars fans who somehow think that Star Wars was a serious thing, like the Batman movies or something. I was so young that when I watched Empire Strikes Back, it had this deep, profound impact on me, because it was terrifying, because I was just young enough to not experience it as watching a Star Wars movie, but to have it feel like too real.”

Johnson used a Return of the Jedi scene as an example, stating: “Anyone who thinks that slightly goofy humour does not have a place in the Star Wars universe, I don’t know if they’ve seen Return of The Jedi.

He also cited a moment from the first film, which was released in 1976, to back up his point.

“Even the first movie, they’re in the heart of the Death Star and they’re trying to do this desperate gambit to get out with their lives and save the princess, where they’re pretending that Chewbacca is their prisoner. The little imperial droid comes up, Chewbacca roars at it, and the droid, like a scared dog, goes screeching and wheels away.”

Glass Onion: A Knives Out Story will be available to stream on Netflix from Friday (23 December). Find The Independent’s review here.

Disney +, all the news arriving in January 2023

Android will have its Continuity Camera