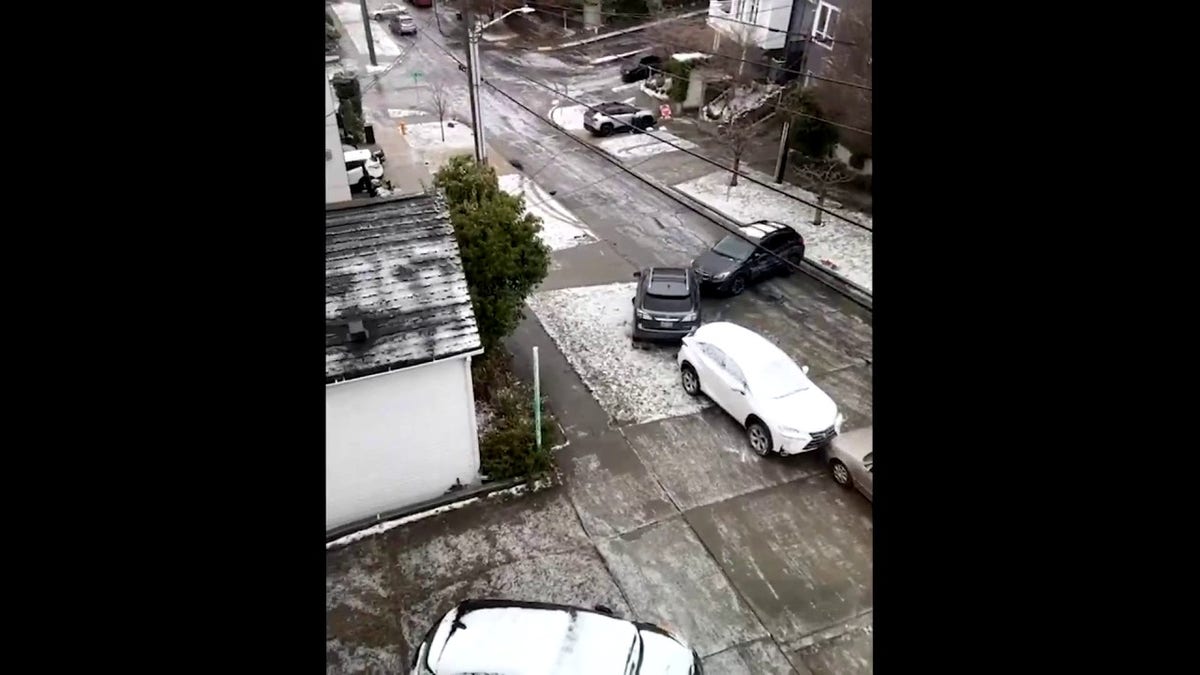 Winter weather in Seattle, Washington created dangerous driving conditions as one video shows a car sliding down a street and crashing into multiple vehicles.

The area was hit with freezing rain on Friday, which left roads slippery and dangerous to travel on.

A video posted to Twitter by someone in Seattle shows a car attempting to drive down a street, but created a chain reaction which lead to multiple cars being hit.

“One car tried to drive my hill and Queen Anne and hit all these parked cars who clue down the hill… insane. DON’T DRIVE,” the tweet read.

According to the National Weather Service’s Seattle office, temperatures began to rise above freezing on Saturday, allowing for ice to melt on the roads.

Adam Sabes is a writer for Fox News Digital. Story tips can be sent to Adam.Sabes@fox.com and on Twitter @asabes10.

(This article is generated through the syndicated feed sources, Financetin neither support nor own any part of this article)