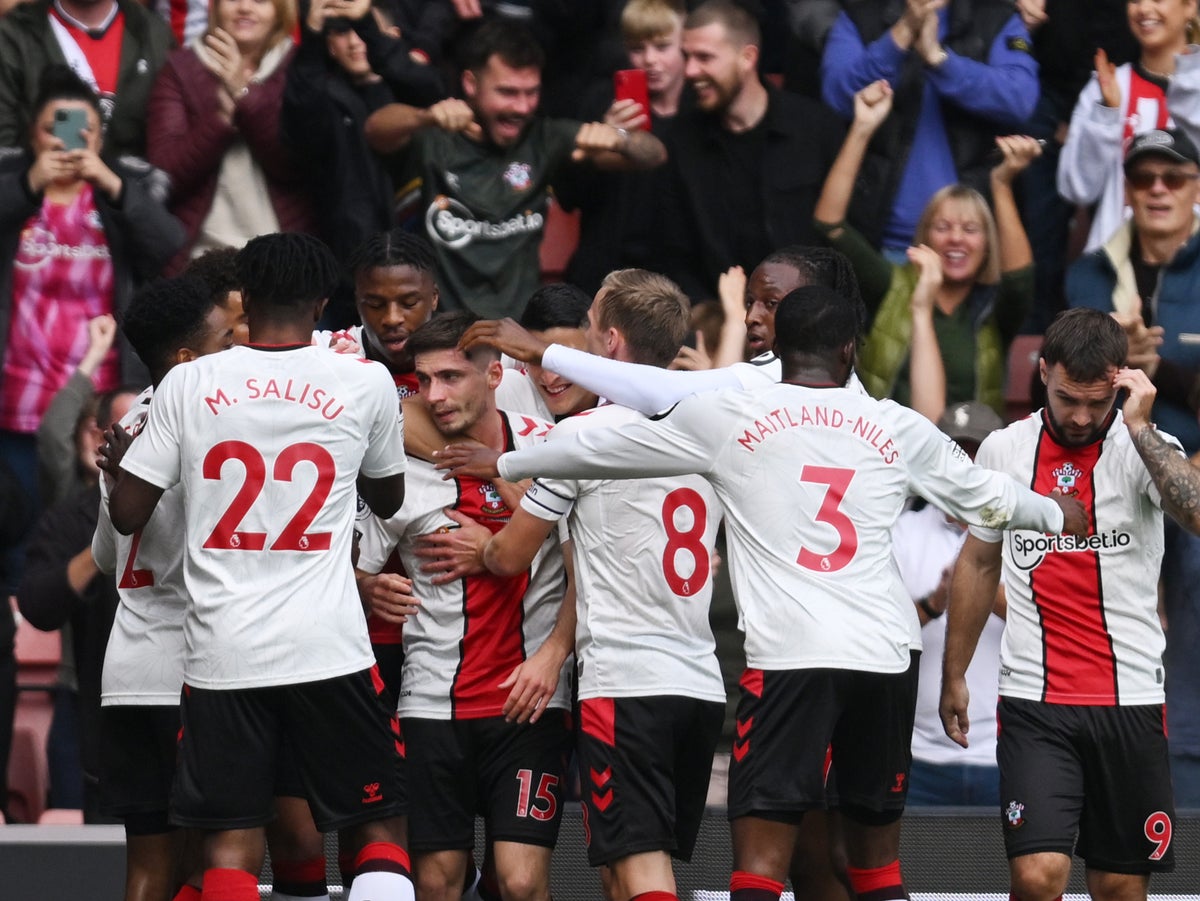 Saints are in the bottom three ahead of the match after losing four straight games in the top flight. Ralph Hasenhuttl has yet to find a way to get his talented, but young, squad to blend in a consistent enough manner and Wolves’ win yesterday means there’s a two-point gap to safety.

After a rocky start of their own, West Ham have started to climb the table again after three wins in the last six and back-to-back victories most recently. David Moyes still wants more from his side though, in terms of both consistency and attacking threat, with the Hammers only scoring 10 in nine games so far. That said, hosts today Southampton have only managed eight, so goalmouth action could be at a premium today.

We will bring you all the action and updates from today’s game in the live blog below:

GOOD SAVE! Again, West Ham work it well down their right, and Coufal curls it to Paqueta on the edge of the D. He brings it down and lets it bounce before hitting the half-volley on the turn, but Bazunu pushes it away.

CLOSE! West Ham have started the second half brightly and Bowen has space to drive into down the right. He clips a good cross into the near post, and Scamacca improvises by sending it towards goal with his thigh, but it sails just over.

Southampton get us back underway for the second half!

Hasenhuttl will be glad about how his team responded to last week’s heavy loss and they caused West Ham real problems when they went forward. He’ll be hoping they can keep it up after the break. West Ham have still gone close though, and Moyes will be wanting a more clinical performance in the second half.

Perraud’s goal gives Southampton a 1-0 lead over West Ham at half-time. It was a good first half for the Saints, who came out strong, and Fabianski has been forced into some good saves to deny Adams. It was Perraud who broke the deadlock with a deflected shot, though West Ham weren’t happy as they thought the referee got in Bowen’s way in the process. At the other end, Scamacca has come close and Paqueta hit the post.

Report: Trump Will Testify to January 6 Committee If They Meet This One Condition

Lgbtq+, on unions the United States wants to avoid steps backwards like on abortion