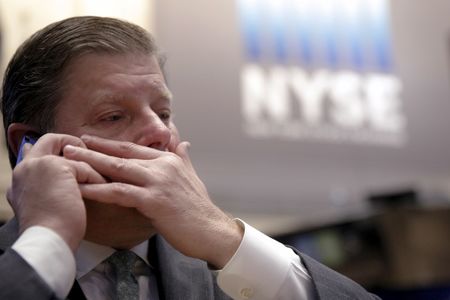 Investing.com — The Dow gained Friday as investors mulled a mixed jobs report and speculation about China easing Covid-19 lockdown measures, but that wasn’t enough to prevent the market from snapping a three-week win streak following the Fed’s rate hike this week.

rose more than expected to 3.7%, but while this may be welcomed by the Fed, it isn’t enough to encourage the central bank to pivot as other parts of the report showed rising wages and a falling participation rate.

The stronger jobs report comes just ahead of fresh data next week, which if continues to show inflation running hot would lift the prospect of another 75 basis point hike next month.

“If inflation hasn’t started to maybe dip below 8%, then I think probably the Fed is on tap for another 75 basis point [in December],” Tim Courtney, Chief Investment Officer at Exencial Wealth Advisors told Investing.com in an interview on Friday.

Treasury yields added to gains, keeping a lid on gains in rate-sensitive sectors including tech, which is on course to post a 7% loss for the week.

Materials, however, led the broader market higher as commodities including and iron ore surged on speculation about China easing Covid-19 restrictions.

On the earnings front, quarterly results were mixed.

PayPal Holdings (NASDAQ:) fell more than 1% as lower full-year revenue guidance amid concerns about slowing economic growth offset that beat on both the top and bottom lines.

Starbucks (NASDAQ:), however, rallied more than 8% after the coffee chain reported better-than-expected , driven by strength in its U.S. and international businesses.

Block (NYSE:) also reported a third-quarter on both the top and bottom lines, led by growth in its subscriber-based revenues in its Cash App.

DraftKings (NASDAQ:), however, plunged 28% after the sports betting company a narrower loss in Q3, but warned of the impact on consumer demand from a weaker economic backdrop.

Was Celsius just a Ponzi after all? By Cointelegraph

“Intelligence Matters”: What Hollywood gets right — and wrong — about the CIA