The Importance Of MGP And Sudin Dhavalikar 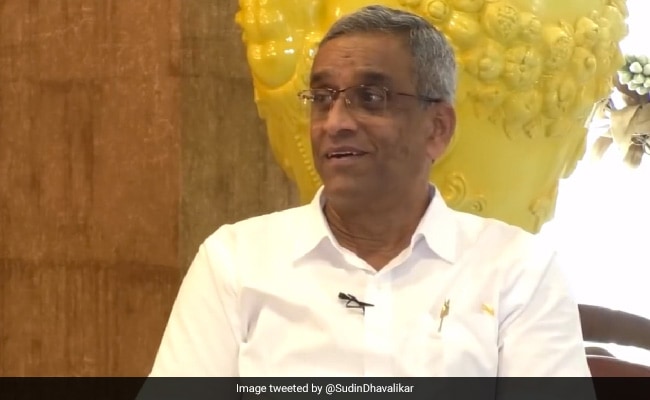 A day before the results of the assembly elections are announced, the leader of Goa’s Maharashtrawadi Gomantak Party (MGP) Sudin Dhavalikar has said that he is “100 per cent” certain of alliance with the Trinamool Congress (TMC). He, however, did not rule out an alliance with its former partner the Bharatiya Janata Party (BJP) and said both Congress and the BJP contacted the regional party.

“I have met with (TMC leader) Abhishek Banerjee, Prashant Kishor and Rajya Sabha MPs of the TMC. I have discussed a lot of things with them, the Congress and the BJP. But I am in an alliance, I will not be able to decide at this stage,” Dhavalikar told NDTV.

The exit polls have predicted a tough contest between the BJP and the Congress, pointing towards a hung assembly in the state. This has led to vast speculation regarding possible support from other parties in the fray.

MGP’s fortunes are expected to rise, according to exit polls, which say that the regional party could emerge as the kingmaker.

See also  Market on a Snail’s Trail: What Should Retail Investor’s do?

Dhavalikar today said that the MGP will get more than 10 seats “and then we will decide if we will go ahead and form the government”. He added the decision will be made at 4 PM on Thursday.

The TMC, a new entrant in Goa, has roped in political strategist Prashant Kishor’s Indian Political Action Committee (IPAC) to make inroads in the state. Kishor guided the TMC to a massive win in the 2021 Assembly elections in West Bengal.

Leaders in Goa say that IPAC was “handling everything” for TMC in Goa and the alliance with MGP was done by Kishor’s team. The alliance was sealed in December last year.

The tie-up surprised many due to the ideological differences between the two parties. The TMC has projected itself as a counter to the BJP’s Hindutva-centred politics. Perceived as very right-wing party, the MGP on the other hand has been targeting the core Hindu votebank.

Both Sudin and his brother Deepak Dhavalikar have endorsed right-wing fringe organisations like Sanatan Sanstha in the past and sought ban on pub culture and bikinis in Goa.

The MGP helped the BJP come to power in the state in 2017 despite the Congress emerging as the single largest party. Dhavalikar was unceremoniously dropped from the Goa cabinet in March 2019, and the party subsequently ended the friendship with the BJP.

The Congress currently has two MLAs in the house. The MGP, which won three seats in 2017, has one MLA in the Assembly as the other two recently joined the BJP.

The poll of exit polls after the end of voting on March 7 showed a neck-and-neck fight in Goa. Both the BJP and the Congress are likely to win 16 of the state’s 40 seats, falling short of the majority mark of 21, according to NDTV’s poll of exit polls.

Elections to the 40-member Goa Assembly were held on February 14 and the results will be declared on March 10.