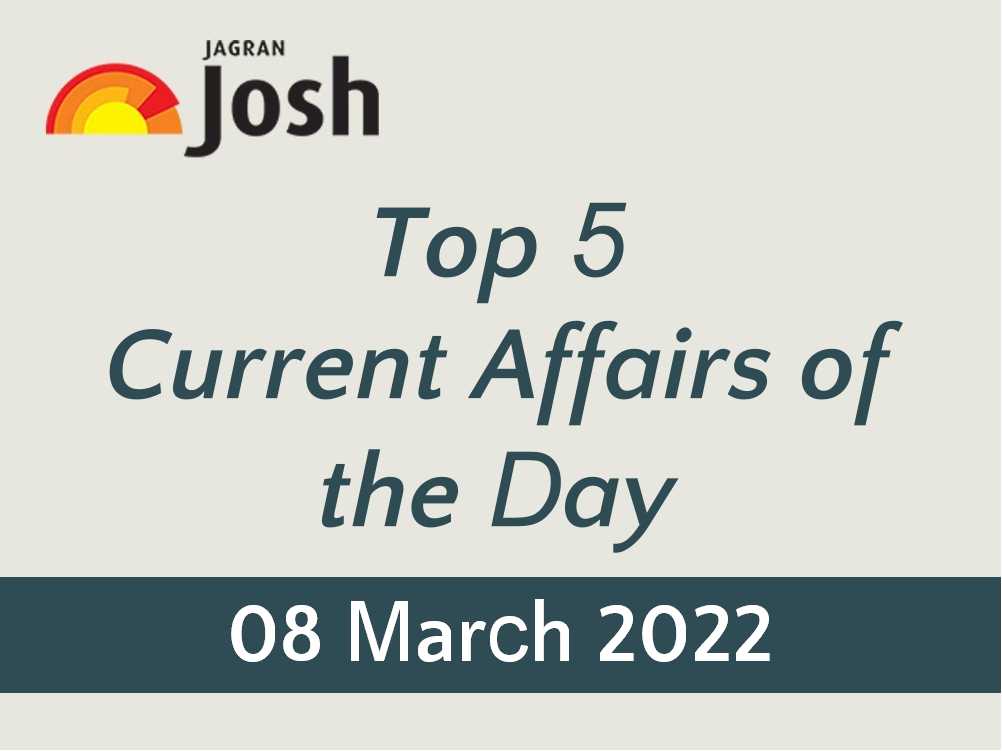 India will resume scheduled commercial international passenger services from March 27, 2022 after a two-year hiatus. The move will now allow unhindered operation of flight to and from international destinations. The international flight operations will be subjected to strict adherence to Ministry of Health guidelines for international travel.

Indian President Ram Nath Kovind presented Nari Shakti Puraskar for the years 2020 and 2021 to 29 outstanding women achievers at a function at Rashtrapati Bhavan on the occasion of International Women’s Day on March 8th. The awardees were honoured for their exceptional work towards women empowerment, especially the marginalized and vulnerable women.

RBI Governor Shaktikanta Das launched a new UPI service for feature phones on March 8, 2022. The new payments service has been named UPI 123Pay. The service will work on simple phones as well that do not have an internet connection. RBI has also launched a 24×7 digital payments helpline called Digisaathi.

Russia recently released a video that showed its cosmonauts disconnecting the Russian ISS modules from the International Space Station. The video is reported to be a joke but can also be a silent threat, acting on the warnings issued by Russian space agency chief after sanctions were imposed on Russia following its invasion of Ukraine.

Fortune India had released a list of India’s top 50 most powerful women in 2021 in December last year. The list comprises  some of the popular female figures in India including Union Finance Minister Nirmala Sitharaman, who grabbed the top position. Nita Ambani is ranked second, followed by Soumya Swaminathan, Chief Scientist of WHO.