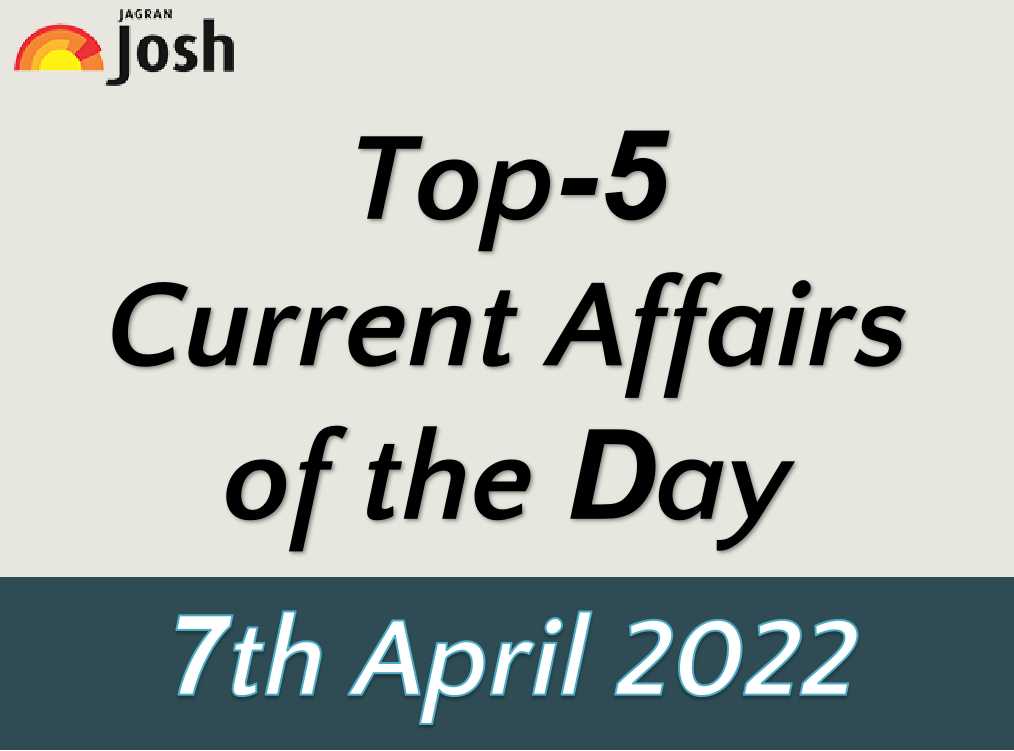 The UP Government has signed a lease agreement with the Airports Authority of India regarding the transfer of 317.855 acres of land for the Ayodhya International Aiport.

The UP Government has signed a lease agreement with the Airports Authority of India regarding the transfer of 317.855 acres of land for the Maryada Purshottam Shri Ram International Airport in Ayodhya. The Ayodhya International airport will be constructed in Faizabad, Uttar Pradesh. UP Chief Minister has assured by 2023, the state will be in a position to have five operational international airports.

India reported its first case of Omicron XE variant of COVID-19 on April 6th. The Brihanmumbai Municipal Corporation (BMC) confirmed that a 50-year-old woman with a travel history to South Africa may have been infected with the variant.  The Union Health Ministry has though denied the reports, saying that the current evidence does not suggest the presence of XE variant of COVID in India.

A geomagnetic storm is expected to hit the Earth today on April 7. The storm was caused by a filament eruption from the Sun on March 3 rd. NOAA has categorized the geomagnetic storm as G1, which means that it is a minor storm. A geomagnetic storm can cause fluctuations in power grids, have a minor impact on the satellites  in the Low Earth Orbit and raise auroras to higher altitudes.

The Union Defence Minister Rajnath Singh released the 3rd positive indigenisation list of defence equipment on April 7th. The list reportedly comprises of over 100 items, including complex equipment and system that will be developed, designed, and manufactured over a period of 2020 to 2025.

Nykaa Founder Falguni Nayyar has been ranked 10th on the Hurun Richest Self-Made Women in the World 2022 List. She is the newest entrant in the women billionaires list with a massive $7.6 billion wealth. Falguni Nayyar has also toppled Kiran Mazumdar Shaw of Biocon to become India’s richest self-made billionaire woman.