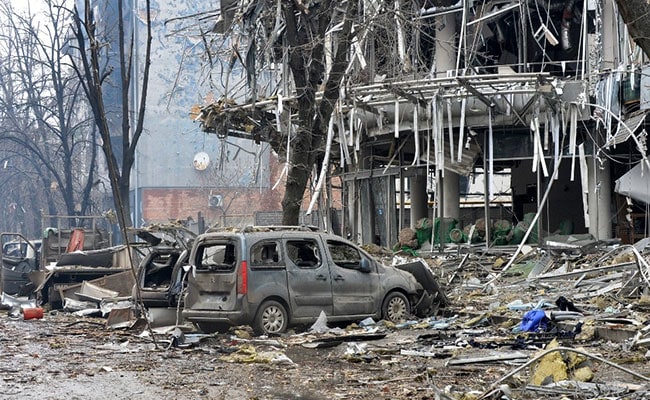 Western allies have maintained a unified front on sanctions against Russia over its assault on Ukraine.

The leaders of the United States, France, Germany and Britain vowed Monday to further punish Russia over its invasion of Ukraine, the White House said after video teleconference talks.

Joe Biden, Emmanuel Macron, Olaf Scholz and Boris Johnson “affirmed their determination to continue raising the costs on Russia for its unprovoked and unjustified invasion of Ukraine,” a US statement said.

Western allies have maintained a unified front on sanctions against Russia over its assault on Ukraine, but cracks emerged Monday over the prospect of an embargo on Russian oil and gas imports — a move unpalatable to Germany, which is dependent on Russian gas.

Berlin’s statement after the meeting did not address sanctions, and focused on concerns over humanitarian aid to besieged areas, which the leaders also discussed.

Biden is under mounting pressure from US lawmakers to cut off the source of essential revenue for Russian President Vladimir Putin’s government.

The United States, itself a top oil producer, imports little Russian crude and Biden has said “nothing is off the table” when asked if oil could be the next target.

But he has so far held back due to the risk of fracturing unity with Europeans and of fueling already galloping US inflation, which has knocked his standing among Americans.

Biden Gives Away More Of Your Money To The Proxy War In Ukraine, Nearly $63 Billion Now