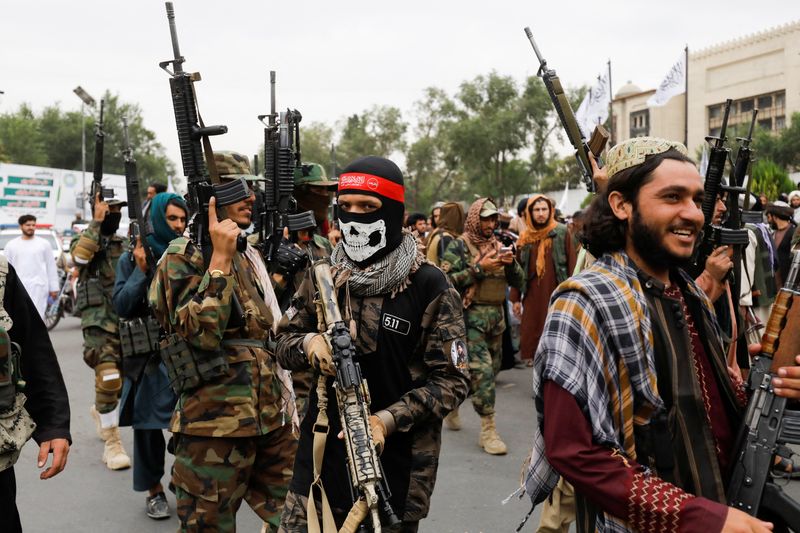 © Reuters. FILE PHOTO: Taliban fighters celebrate the first anniversary of the fall of Kabul on a street in Kabul, Afghanistan, August 15, 2022. REUTERS/Ali Khara

WASHINGTON (Reuters) – Some western countries expressed grave concern about the presence and operations of extremist groups in Afghanistan and said the Taliban were not meeting their counter-terrorism commitments.

Special envoys and representatives for Afghanistan of the European Union, France, Germany, Italy, Norway, the United Kingdom and the United States met last week and released a joint communiqué on Thursday in which they said the presence of Al Qaeda leader Ayman al-Zawahiri, who was recently killed in a U.S. strike, showed the Taliban was not keeping its commitment.

Sudan's leader says date for elections not fixed By Reuters