Warning: Spoilers for Black Adam Below!Black Adam‘s end credits scene could tease the return of more than one DCEU hero. The release of Black Adam has introduced many new characters into the DCEU, including the Justice Society of America, the villainous Intergang, and of course, Dwayne Johnson’s Black Adam himself. Black Adam‘s end credits scene also marks the long-awaited return of Henry Cavill’s Superman to the DCEU, while the holographic appearance of Amanda Waller (Viola Davis) in this scene could also set up another character’s return.

In the end credits scene, Waller warns Black Adam that she can summon “people who aren’t from this planet” to keep him in check, with Superman then arriving. Interestingly, Waller’s specific use of “people“, rather than “someone“, implies that there are multiple alien heroes she is referring to. The only other DCEU character to date who fits that description is J’onn J’onzz a.k.a. Martian Manhunter (Harry Lennix) from Zack Snyder’s Justice League, and Waller’s wording in Black Adam‘s end credits scene could potentially have set him up for his own return.

How Martian Manhunter Could Return To The DCEU 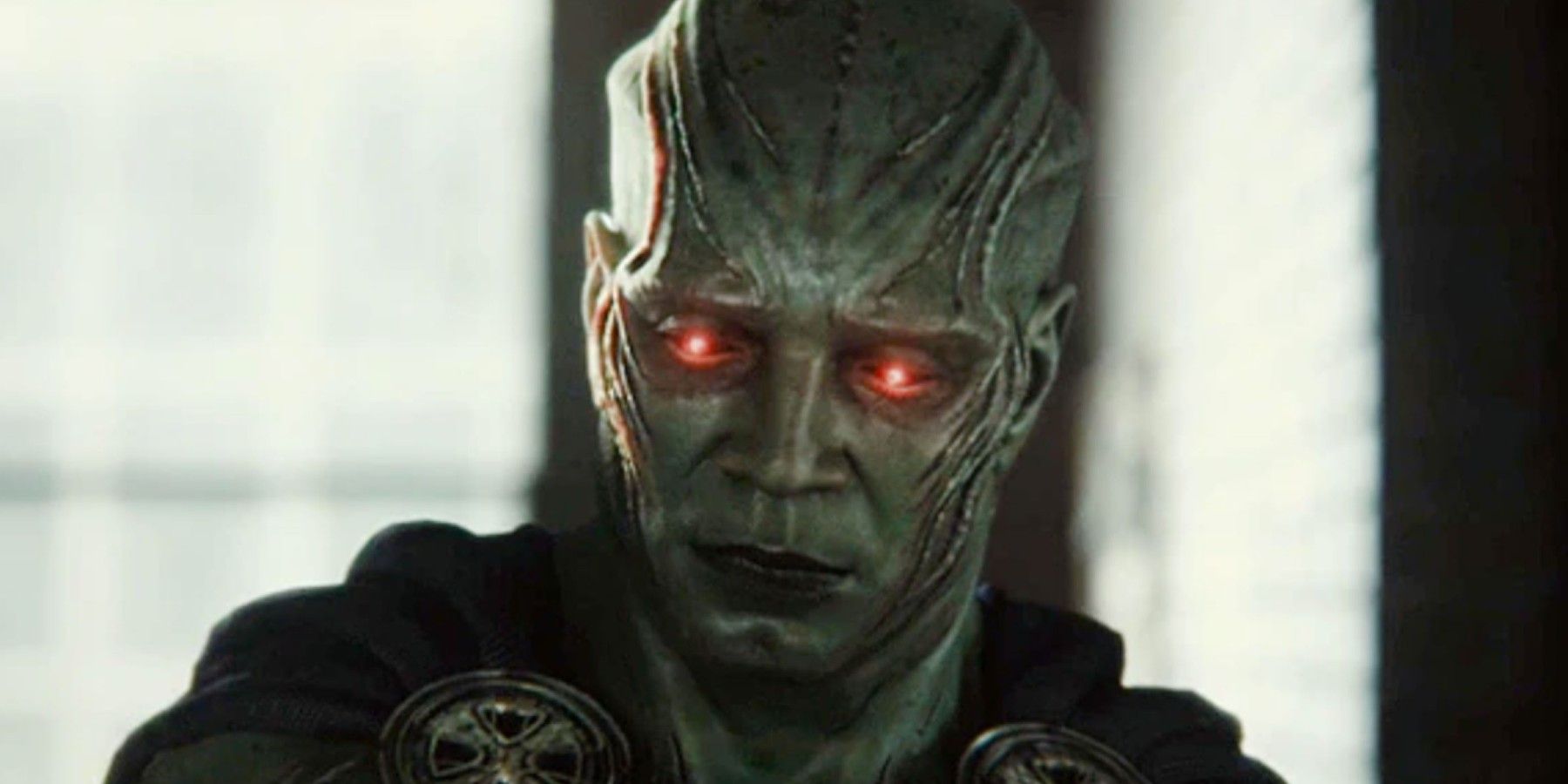 As was revealed in Zack Snyder’s Justice League, the shape-shifting Martian Manhunter lives among humans disguised as Secretary of Defense Calvin Swanwick. When he reveals himself to Bruce Wayne (Ben Affleck) to join the Justice League, he immediately becomes another metahuman that Waller would be sure to keep tabs on, and might already be doing so. While DC’s heroes have an uneasy relationship with the Machiavellian Amanda Waller, she and Superman mutually see a common threat in Black Adam, and Martian Manhunter is likely to feel the same way.

While Superman is most certainly a match for Black Adam, he would hardly be reluctant himself to call in back-up from the Justice League and the Justice Society if necessary against Kahndaq’s ruthless protector. With Martian Manhunter having joined the Justice League at the end of Zack Snyder’s Justice League, he would be one such ally that Henry Cavill’s returning Superman could summon, and might even be the first due to J’onn’s vast power level. The larger question is what Martian Manhunter’s return would say about the DCEU’s future, with the impact being potentially seismic.

What Martian Manhunter’s Return Would Mean For The DCEU

With both the 2017 theatrical cut of Justice League and the Snyder Cut existing, the question of which version of the movie future DCEU films will build upon has been frequently debated. In having Martian Manhunter’s grand reveal and only appearance thus far take place in the Snyder Cut, his return would offer a heavy indication of future DCEU plans canonizing the film. Additionally, it would also bring a lot of Snyder’s original plans back into the DCEU’s lexicon, such as the Anti-Life Equation, Darkseid’s invasion, and the Knightmare timeline, alongside The Rock’s future plans as Black Adam.

To be clear, a return of Martian Manhunter would not lead to an immediate revival of Snyder’s planned Justice League sequels. Even in such an event, modifications to that plan would be necessary to account for the time-lapse since their conception and the current plans intended to build from Black Adam. With that being said, a Martian Manhunter comeback alongside Superman’s return would be a telling statement that the established unity of heroes at the end of Zack Snyder’s Justice League and the events within the film are key components of future DCEU plans after Black Adam.

NEXT: Why Black Adam’s RT Audience Score Is So High (When Critics Disliked It)

EDITORIAL: There is good reason for Americans to distrust the FBI

Twitter: what the colors of the blue, gray or gold dots mean

‘No one had seen anything like it’: how video game Pong changed the world | Games