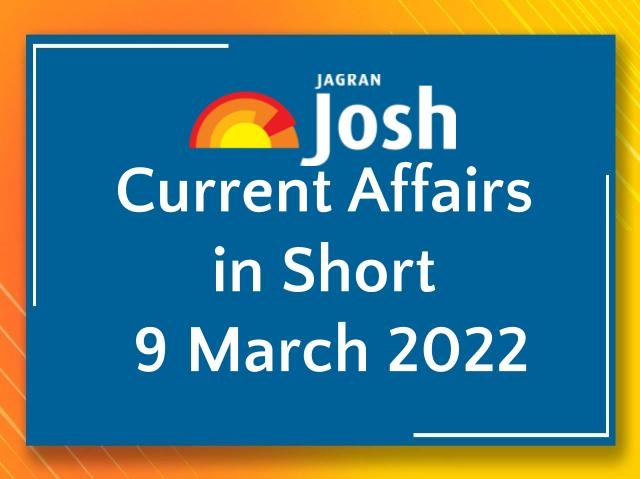 Vote counting for assembly elections in UP, Uttarakhand, Manipur, Goa, Punjab, and Uttarakhand to be taken up tomorrow

•  All the necessary preparations have been finalized for the counting of votes in Uttar Pradesh, Manipur, Goa, Uttarakhand, and Punjab.

•  In addition, the counting of the votes for the simultaneous By-poll to Majuli Assembly Seat in Assam will also be taken up together. The counting process will commence at 8.00 AM.

•  The counting trends and the results of five legislative assemblies will be available on the website of the Election Commission and will be updated every few minutes.

•  Amid the ongoing COVID pandemic and to ensure complete COVID safe arrangements during the counting, the Election Commission of India has rolled out the strict COVID protocols for the Counting Day.

•  The Indian Parliament will return to its normal functioning schedule in the second part of the budget session starting from March 14. It will conclude on April 8, 2022.

•  Both Houses of Parliament- Lok Sabha and Rajya Sabha will sit from 11 AM instead of working in the shifts.

•  The decision has been taken in the wake of a decline in Coronavirus cases in India. However, both the Houses will continue to use their chambers and galleries.

•  In view of the third wave of pandemic, both Lok Sabha and Rajya Sabha were working in shifts in the first phase of the Budget session.

•  The Union Cabinet has given its approval to the MoU signed between Oxford University and the Indian Council of Medical Research.

•  The MoU aims at capacity building for the Indian scientists and researchers, collection of data compliant with the international standards and regulatory requirements.

•  Both the parties have also agreed on exchange and share ideas on three-vector borne diseases in the elimination phase and emerging infections.

•  It will also work to develop a three-year work plan on capacity strengthening, training on data management, exchange of research fellows, among others.

•  The Union Cabinet has given its approval to the setting up of the National Land Monetization Corporation for undertaking the surplus land monetization.

•  It will undertake the monetization of surplus land and building the assets of Central Public Sector Enterprises and other government agencies.

•  NLMC is also expected to own, hold, manage and monetize the surplus land and the building assets of CPSEs under the closure.

•  FIH Men’s Hockey Pro League matched between India and Germany have been postponed due to the high number of COVID cases affecting the German team.

•  The matches were scheduled to be played on March 12 and 13, 2022, in Bhubaneshwar, Odisha. As per an official release, the International Hockey Federation, India and Germany have already been working together to find alternative dates.

•  The women’s match between India and Germany will be played as planned on March 12-13 at the Kalinga Stadium in Bhubaneshwar.

Indices Stage a Strong Comeback but India VIX at 27+

Relationship with China Has to Be Based on '3 Mutuals': Foreign Secretary